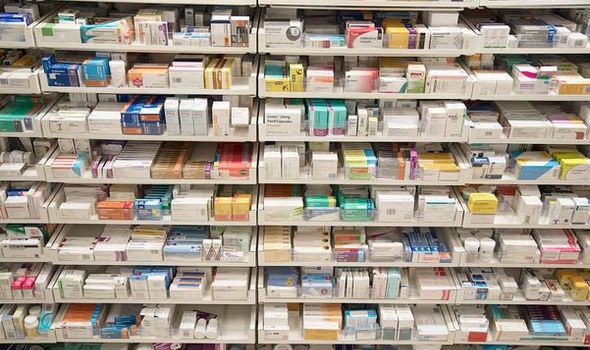 Age UK has warned the change could have a “devastating” impact on health and end up costing the public purse more.

England is the only nation in the UK where people have to pay for prescriptions and the charity fears that some people aged 60-plus would find the charges “downright unaffordable”.

The Prescription Charges Coalition, which represents a raft of health charities, is concerned that people are already having to choose between “food and their vital medications”.

Caroline Abrahams, Age UK’s charity director, said: “Prescriptions for over-60s have been free for more than 25 years, and while moving the qualifying age up to 66 might save the Government some money it would only be a drop in the ocean, while having a disastrous impact on some older people’s health. The rationale for these free prescriptions is that as people get older they tend to develop long-term health conditions like high blood pressure and cholesterol that need regular medications to keep them under control.

“It is certainly not unusual to be on several medications in your early sixties… Making people pay would discourage them from getting a diagnosis and adhering to their prescribed medication, and for some in this age group it would be downright unaffordable.”

Ms Abrahams warned that the people who would be hardest hit are those “whose incomes are modest but not quite low enough to entitle them to universal credit”.

She said: “In the end, we think that moving the qualifying age up to 66 could prove to be considerably more expensive than keeping it where it is, especially if it means risk factors for serious illness are less well controlled than before. It also goes without saying that the health impacts on some individuals could be pretty devastating if their conditions worsen as a result.

“Not only is this idea likely to be extremely unpopular with over 60s up and down the land, it could well be self-defeating for the Treasury too if it leads to higher treatment costs for the NHS.”

Laura Cockram of Parkinson’s UK, who also chairs the Prescription Charges Coalition, said: “The proposal to increase the age at which people become exempt from prescription charges from 60 to 66 in line with state pension age is a cynical attempt to hit older people with yet more costs at a time when many are already struggling to make ends meet. And as our population ages, so the pension age increases, allowing the government to continue to take advantage of those who are most likely to need prescriptions.

“For people with long-term health conditions like Parkinson’s, asthma and MS, affording the ever-rising prescription charge — often for multiple medications — is a burden. Already, people are having to choose between food and their vital medications, which simply should not be a decision that people need to make.

“Increasing the length of time that they have to continue to make this tough choice, as their health declines, will place further pressure on our stretched NHS. We are campaigning for all people with long-term health conditions in England to receive free prescriptions.

“It’s simply unfair that if you live in Wales, Scotland or Northern Ireland you get your prescriptions for free, but in England you have to pay for vital medication that keeps you healthy.”

The health impacts on some individuals could be pretty devastating

The Government states in its impact assessment that “changing the upper age exemption will raise significant extra revenue for the NHS which found itself under unprecedented pressure in 2020,” adding that “the most vulnerable would be protected by medical and income-related exemptions”.

It is considering three options – keeping the status quo, raising the qualifying age for free prescriptions to the state pension age for everyone, or bringing it in with a protection period so anyone already aged 60-plus at the time when the changes are introduced will not have to pay the charges.

The impact assessment predicts that if the Government goes for the second option the “NHS would raise on average £226million per year from extra prescription charges over 10 years” and anticipates that people aged “60-65 who don’t qualify for another exemption could face an average annual cost of £50 to £100 depending on their medicine use and method of payment”.

When asked if the Health Secretary plans to introduce prescription charges for over-60s, health minister Jo Churchill said: “A public consultation is underway on aligning the upper age exemption for National Health Service prescription charges in England with the state pension age. The Government will consider the responses to the consultation and outline its next steps in due course.”