Ben Wallace said any plans to deny vaccine exports to the UK would be extremely damaging for the bloc which prides itself on “open trading” and following contracts. Mr Wallace said the European Commission and Ursula von der Leyen “knows” the world is watching and if the EU begins to “unpick” the contracts it has with third countries it would unravel other agreements across the globe. The Defence Secretary said that tackling the pandemic is a collaborative effort and blasted any plans which rival that.

Appearing on Sky News, Mr Wallace was asked by Sophy Ridge: “There’s also been a lot of criticism of the vaccine rollout across the EU with the backing of France and Germany to potentially block exports of AstraZeneca vaccines.

“Mainly to countries which have a higher vaccination rate such as the UK.

“The Foreign Secretary has accused the EU of acting like less democratic countries, do you think the EU is acting like a dictatorship?” 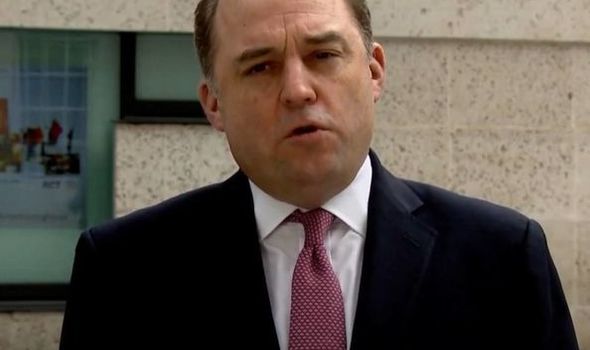