Nicola Sturgeon 'full of her own importance' says Muldoon

Justifying her efforts to relaunch the independence movement, the First Minister argued that “the people of Scotland said ‘yes’ to an independent referendum” last May by electing “a clear majority of MSPs committed to that outcome”. The democratic decision, she said, “was clear”.

She described this as an “inspiration” to her country.

The SNP leader threw particularly criticism at the Conservative Party Government, which she said had “ripped us out of the EU against our will”.

UK Ministers, she added, “have created the worst cost of living crisis in the G7 and saddled us with the second lowest growth in the G20”.

There has been much speculation over how Ms Sturgeon’s promise of a second referendum before the end of 2023 could be delivered.

Angus Robertson, the SNP’s Constitution Secretary, last week told the BBC he was “fully content that with the prospectus beginning to be rolled out… we have a perfectly adequate window of opportunity both for legislation to be passed, for the opportunity for the people to scrutinise the prospectus that the Scottish Government will publish”.

But others have suggested the party could not legally hold a referendum without permission from Westminster.

Mujtaba Rahman, Europe Managing Director at the Eurasia Group, even noted that an illegal vote would “undermine Scotland’s case for EU membership”.

Responding earlier this month to the SNP’s launch of a new independence drive, Boris Johnson said the First Minister ought to “respect” the 2014 vote.

The Prime Minister said: “The decision was taken by the Scottish people only a few years ago, in recent memory.

“I think we should respect that.” 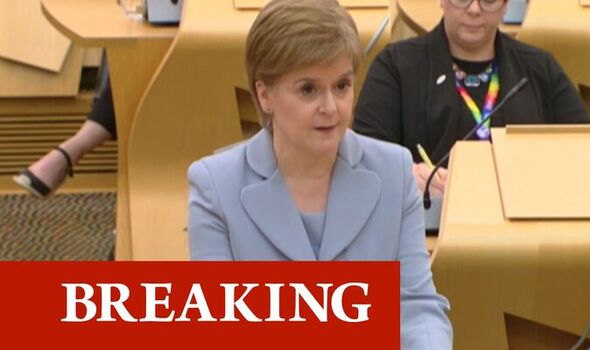