Keir Starmer may not better Corbyn in elections says Curtice

Tory bigwigs are hopeful of a “vaccine bounce” in the polls on the back of the Government’s ­successful rollout of more than 50 million Covid jabs. Party officials were yesterday increasingly confident of scoring key triumphs in crunch elections ­in Hartlepool, Teesside and the West Midlands. Their confidence follows a string of opinion polls suggesting the Tories will clinch a stunning parliamentary by-election triumph by ousting Labour in the “Red Wall” heartland territory of Hartlepool.

Tees Valley Mayor Ben Houchen and Andy Street, his counterpart in the West Midlands, are also tipped to win second terms in the ­jobs they won against the odds four years ago.

Labour leader Sir Keir Starmer is braced for a renewed civil war in his party, admitting he could “carry the can” for a drubbing in the polls for councils, devolved assemblies, mayoralties and the Hartlepool seat.

Despite the buoyant mood among some Tories, the Prime Minister was cautious while out on the campaign trail yesterday.

Asked whether his party would pull off a hat-trick of poll victories, the PM said: “These are tough ­contests. Hartlepool, in particular you’d have to say, that hasn’t been a Conservative seat since its inception.

“So I think that will be a very tough fight but I hope everybody gets out to vote.”

One Tory MP out canvassing yesterday said: “The mood is very positive on the doorsteps. I think we’re going to do well.” But Tory chiefs were continuing to downplay expectations last night. 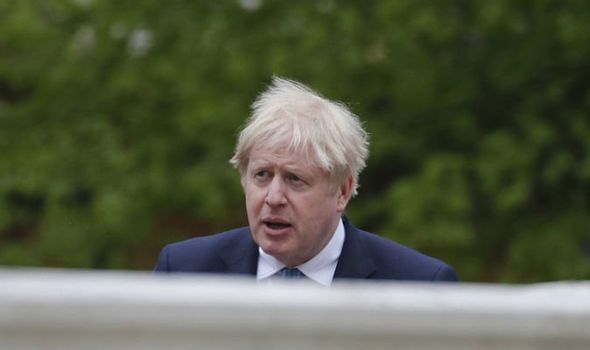 One party source described the feeling among the Tory high command as “nervous”, adding: “These are a tough set of elections for us.”

In a message to voters, Mr Johnson insisted that the Tories were dedicated to the “people’s priorities”.

He said: “This Conservative Government continues to focus on the people’s priorities, a world-leading vaccine rollout and building back better from the pandemic, with plans for huge new investments and jobs across the country.

“And it’s your local Conservative candidates that are delivering things like more police on the streets, fixing potholes and ­recycling your rubbish. It’s Conservative mayors who are bringing new investment and local jobs to their areas.

“More has been delivered by Conservatives in four years than complacent Labour politicians have delivered in decades. 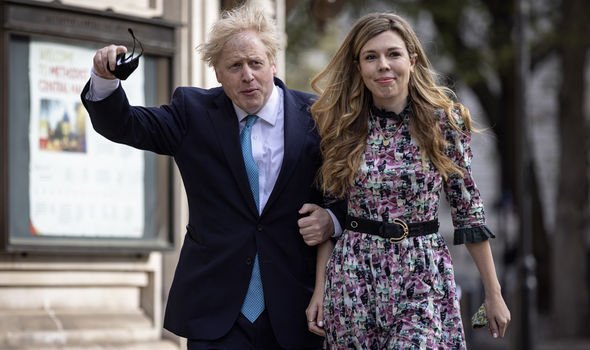 “Labour are focused on playing political games while we get ­ on with delivering for people across the country. Today, vote ­for Conservative candidates who ­will focus on putting your priorities first.”

Campaigning in Stourbridge ­yesterday with the West Midlands Mayor, Mr Johnson claimed his party was facing a “tough” battle for votes despite a recent opinion poll showing a 17-point Tory lead over Labour.

Questioned on the campaign trail, the PM said: “It’s a very tough set of elections.

“The choice is clear, between Labour opposition who seem ­absolutely determined to play political games, and Government, which is getting on with people’s priorities. For instance, with the rollout of the vaccine. 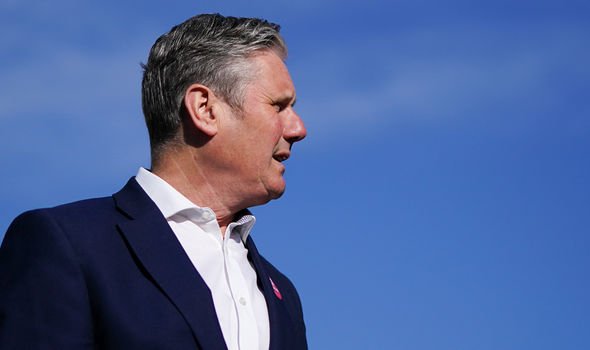 “I think we’ve done 50 million jabs now in this country and one in four adults have had two jabs. But we’ve got local councillors up and down the country who are absolutely devoted to doing the best for their electorate in terms of better services for lower taxes.”

Labour chiefs are concerned the polls will show their party has made little progress since the 2019 landslide general election defeat.

Sir Keir yesterday said: “I take full responsibility for everything the Labour Party does, including the elections.

“And that’s what I will do with these elections.”

Opinion polls have suggested Labour is in danger of ceding ­control of a number of councils across its “Red Wall” heartlands in the Midlands and the North.

Voters will have their say on the make-up of English councils, the Scottish Parliament and the Welsh Senedd, and decide who holds power in city halls. Hartlepool will also elect a new MP.

Tags: autoplay_video, Boris, headlines
You may also like
Recent News: