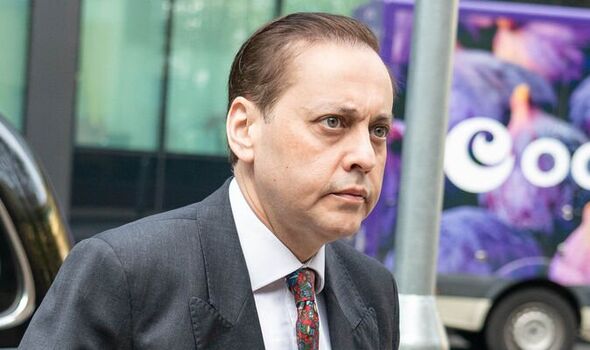 The victim claimed he was not “taken seriously” when he made the allegation to party officials days before the 48-year-old was elected in 2019 as Wakefield MP. Now 29, the man contacted cops after Khan helped Boris Johnson win a large Commons majority. Yesterday a jury convicted Khan following about five hours of deliberations at Southwark Crown Court. His solicitors have said he will appeal.

Following the verdict, the Conservative Party said already-suspended Khan has been expelled with “immediate effect”. The MP will be thrown out of the Commons if he is jailed for over a year, or he could be subject to a petition to oust him.

The judge, Mr Justice Baker, who will sentence Khan at a later date, freed him on bail but warned “all sentencing options, including immediate custody, are being considered”.

The nine-day trial heard how Khan plied the teenager with gin at a party, dragged him upstairs, pushed him on to a bed and asked him to watch pornography before the attack at a house in Staffordshire in 2008.

The victim told the jury he was left feeling “scared, vulnerable, numb, shocked and surprised” after his feet and legs were touched within “a hair’s breadth” of his privates.

The boy ran to his parents but police took no action as he did not make a formal complaint. But “it all came flooding back” when he learned Khan was standing in the general election.

He said he “vividly” remembered the gin taken to the party by Khan, who told him he was “good looking”.

The MP, who is gay and a Muslim, denied the attack, claiming he touched only the Catholic boy’s elbow when he became upset after a chat about his confused sexuality.

He claimed he was just trying to be kind. The boy’s brother, 18 at the time, told jurors Khan had earlier asked if he was wearing his kilt like a true Scotsman before lifting it.

Prosecutor Sean Larkin QC said it was a “technicality” that the MP had not been charged with a sex assault on a man in Pakistan in 2010 when he was on a Foreign Office project.

The alleged victim, then in his mid-20s, said Khan performed a sex act on him in his sleep, reporting the incident to British officials.

Khan claimed it was consensual.