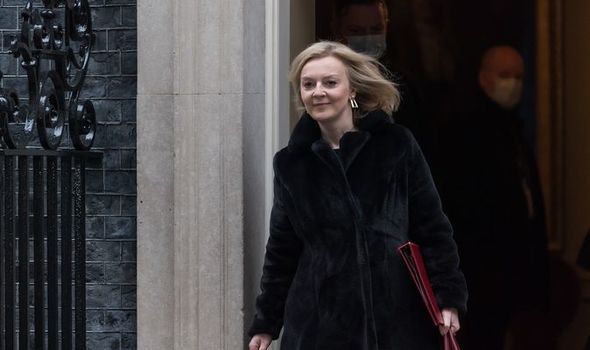 They want the UK to immediately invoke Article 16 of the Northern Ireland protocol in a bid to secure peace and preserve the integrity of the United Kingdom. The Conservative Union Research Unit (CURU), which says it now numbers more than 80 MPs, is pressing the Government to call a halt to checks on goods traded between Great Britain and Northern Ireland. The protocol was designed to avoid customs checks along the border between Northern Ireland and the Republic but critics say it has disrupted trade with Great Britain.

The move comes as Foreign Secretary Liz Truss aims to strike a deal on the protocol with EU Commission vice president Maros Sefcovic in the coming weeks. The Democratic Unionist Party (DUP) has threatened to withdraw from the Stormont Assembly if changes are not made.

Conservative MP Robin Millar, the chairman of the CURU, argues that triggering Article 16 is the best way to push both sides to agree new arrangements which avoid an Irish hard border and do not weaken Northern Ireland’s status as a full part of the UK.

Warning that “trade between Great Britain and Northern Ireland is being strangled by checks,” he made the case for invoking Article 16, saying: “Some say that such action would be a reckless act that threatens a prolonged trade war, a hard border and that irreparable damage to UK trade and the Belfast Agreement must follow. However, these claims do not survive even a cursory examination.”

The Aberconwy MP argues that invoking Article 16 would present the EU with a “serious dilemma” which could encourage it to consider alternatives to the protocol.

“Should the Commission demand the Irish Government erect a hard border and import bans against Northern Ireland, it would provoke a furious public reaction – and risk a deep rift with Washington,” he said. “Should the Commission impose sanctions on Britain, the impact on the 80 percent of road freight between the EU and Ireland that moves through the UK would also hurt Ireland.

“Alternative arrangements are the pragmatic response to where we are. [There] is no need for a hard land or sea border and both the peace process and the status of Northern Ireland within the UK can be preserved.”

The Tories’ call to suspend checks was condemned by SDLP Brexit spokesman Matthew O’Toole. He said: “Triggering Article 16 would be an act of appalling recklessness designed to excite Tory hardliners and the DUP, exactly the people who caused the Brexit mess in the first place. Most people here don’t want it and businesses here definitely don’t want it.

“It would be provocative escalation from London when what people here truly want is for the protocol to be made to work, with a plan to maximise the clear economic advantages and agreement on smoothing new processes.”

Britain’s post-Brexit dealings with the EU are being closely watched across Europe. Dr Attila Demkó, a former senior official in Hungary’s ministry of defence, described the attitude of the EU to the UK as “vengeful” but insisted that “Brexit is no failure”.

Writing in The European Conservative, he said: “With a smaller population, fewer global trade possibilities and far deeper links to the German economy, countries like Poland and Hungary cannot follow the example of the UK. But many of us, squeezed by an increasingly politicised and aggressive European Commission and an intolerant EU mainstream, envy the new freedom of the British. Be bold with it, and stick to your principles, and Brexit could end up as one of history’s truly successful revolutions.”