EU red tape that has wreaked havoc on thousands of holidays will increase under new requirements imposed by Brussels. From May 2023, new biometric security checks will be demanded of every Briton looking to travel to Europe.

At the weekend Dover was gridlocked as nearly 142,000 people travelled through the port.

Customs delays led to huge queues, with holidaymakers and hauliers looking to cross the English Channel forced to wait for hours.

France initially only put two operatives on duty despite being the busiest time of the year and insisted on stamping each Briton’s passport.

There are fears the gridlock will be repeated every weekend of the summer as more holidaymakers head to Europe during the school summer break. 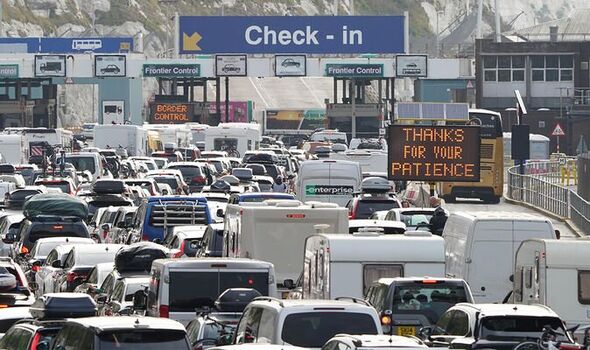 But under the latest initiative to come from the EU from next May, every traveller to the bloc will need to have their fingerprints taken and their face biometrically scanned.

While the system will end the current requirement of passport stamping, the new solution will take far longer.

The EU says its new border checks “will replace the current system of manual stamping of passports, which is time-consuming, does not provide reliable data on border crossings, and does not allow a systematic detection of over-stayers”.

Both the Eurostar and ports operators have already voiced concern that the changes will be almost impossible to implement without leading to increased queues.

POLL: Is France to blame for travel chaos at Dover and Folkestone? 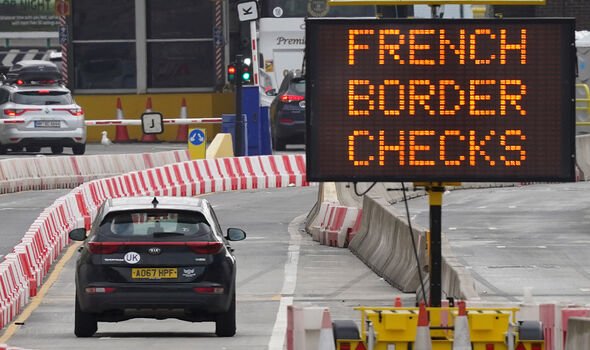 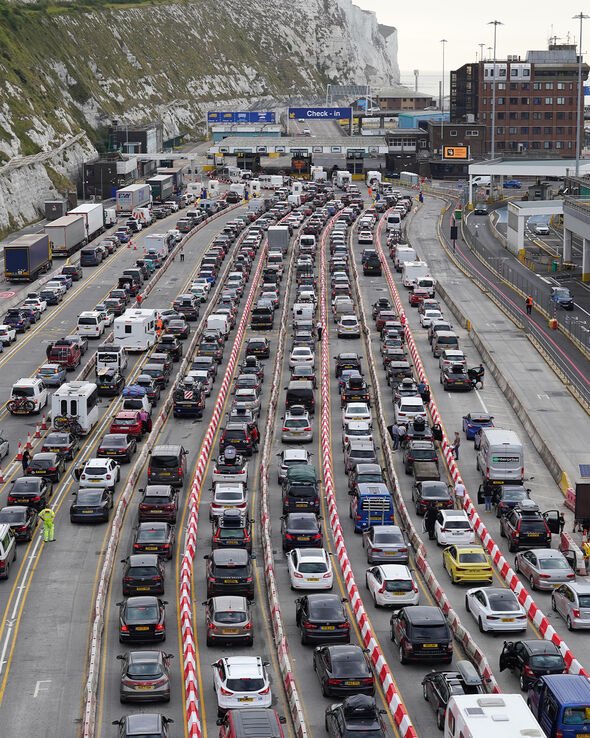 Speaking to The Independent, he added: “There is no way of doing a biometric control without getting everyone out of the vehicle.

“That’s the one thing on our site which cannot happen, because you’re in the middle of live traffic.

“It would be equivalent to asking people to get out of their car at a motorway toll booth. It’s fundamentally unsafe and it can’t happen.” 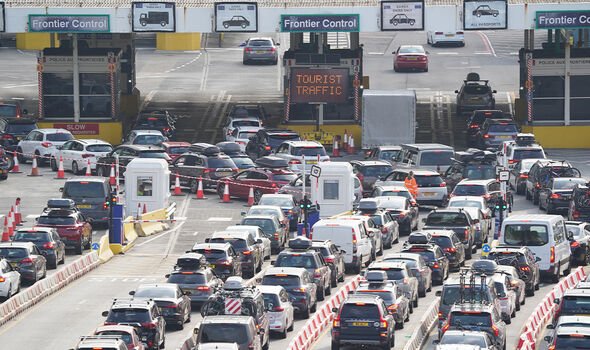 “If we take the peak of August, up to 80 percent of people will have to go through the system.

“We do have a very extreme space challenge.

“At a minimum we would require over 30 kiosks, and an area about the size of our entire check-in area at St Pancras.”

Yesterday, the Prime Minister’s official spokesman blamed the EU for the delays seen so far and rejected criticisms that the queues were due to Brexit.

“We understand there are changes, post-Brexit. We recognise that, we have planned for that,” he said.

“These are not scenes that we think are necessitated by leaving the European Union.

“We think we have operational procedures and processes in place that do not need to see these levels of queues.”