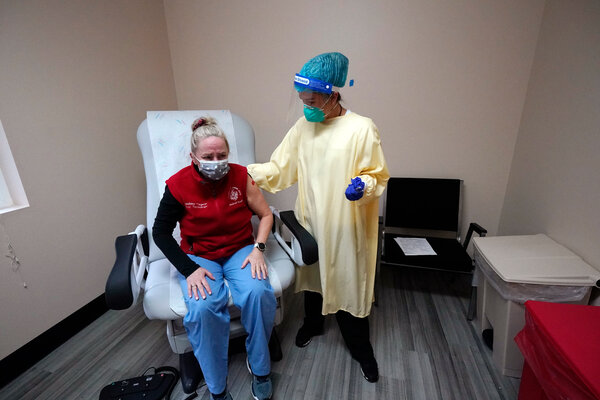 By Mark Walker and Emily Cochrane

WASHINGTON — After a year that provided stark new evidence of how racial inequities and a lack of federal funding had left tribal communities and Indigenous people especially vulnerable to crises like the pandemic, President Biden and Democrats in Congress are seeking to address those longstanding issues with a huge infusion of federal aid.

The $1.9 trillion stimulus package signed into law last week by Mr. Biden contains more than $31 billion for tribal governments and other federal programs to help Native populations, a record level of assistance intended to help bolster health care and a variety of other services in some of the nation’s poorest communities.

The money is a crucial plank of Mr. Biden’s vow to address racial and economic inequities and is a potentially transformative lifeline for tribes, who were among the hardest hit by the spread of the coronavirus.

It is also a high-profile step toward more equitable treatment after centuries of treaty violations and failures by the federal government to live up to its obligations. Mr. Biden signed the law last Thursday, and on Monday the Senate confirmed Deb Haaland, who had been representing New Mexico in the House, as interior secretary, the first Native American woman to serve in the cabinet.

The new legislation, passed without a single Republican vote, allocates $20 billion to tribal governments. It also includes more than $6 billion for the Indian Health Service and other Native American health systems, including a $20 million fund for Native Hawaiians, as well as $1.2 billion for housing and more than $1.1 billion for primary, secondary and higher education programs.

The new money comes on top of $8 billion allocated to tribal governments by Congress last March in the $2.2 trillion stimulus law, and additional funding for tribal health and education services in other relief legislation passed last year.

“Our promise to them has always been — on any of these issues — they will have a seat at the table,” Speaker Nancy Pelosi of California said in an interview. “It’s essential that we’re listening to the specific issues.”

Tags: CARES Act;Coronvirus Stimulus
You may also like
Recent News: