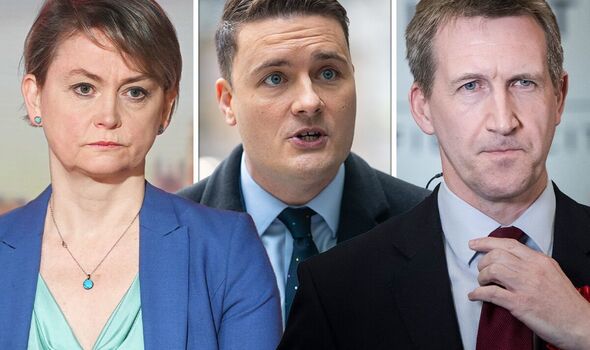 Yvette Cooper, Wes Streeting and Dan Jarvis raked in hundreds of thousands of pounds from MPM Connect Ltd in the past two years. Overall the firm has dished out £345,217 to the three high-profile since February 2020.

MPM Connect has no internet presence and is owned by two low-profile millionaires, Peter Hearn and Simon Murphy.

Details of the colossal individual donations emerged after Sky News and the Tortoise news website launched a new database of MPs’ outside earnings and donations.

The database, called the Westminster Accounts, compiles records from the MPs’ Register of Interests, the Electoral Commission and other official registers and aims to provide a comprehensive picture of the flow of money into British politics.

In the register of members’ interests, each of the MPs records that the donations go to support their offices with staffing costs.

MPM’s company’s accounts offer few clues as to what the firm does, although it does note that for the year ending December 2021, “the number of employees during the year was NIL”.

Its head office is an unremarkable semi-detached house in Broxbourne, Hertfordshire.

A trawl through Companies House records reveals that several unrelated firms are also based at that address: it appears to be an accountancy.

There is no suggestion of wrongdoing by anyone involved, but the shift from named individual to company puts a less-than-transparent layer between the public and the source of funds.

A spokesperson for Yvette Cooper said: “MPM Connect is an investment company in the employment sector owned by Peter Hearn, a UK businessman and long standing Labour supporter, and as has been reported many times, Mr Hearn kindly donates money to fund Yvette’s office staff and has done so for many years.

“It has all been fully declared and compliant with all the rules. Like lots of companies MPM Connect is registered to their accountants office, as is made very clear in its Companies House entry.”

The Westminster Accounts also shows that two of the biggest Trade Unions – Unite and GMB – top the list as the biggest donors.

More than half of Unite’s more than £600,000 of donations to individuals go to three Labour MPs – all from the left of the party who are no longer in favour with the leadership.

The union gave its biggest amount, £249,382, to Rebecca Long-Bailey for her leadership campaign against Sir Keir Starmer in the race to replace Jeremy Corbyn.

Two other former shadow ministers from the Corbyn era received the next biggest donations, with Richard Burgon declaring donations worth £58,000, and Barry Gardiner £31,517.

Rishi Sunak has said it is “important” that transparency rules are adhered to as the flow of money into Westminster comes under renewed scrutiny.

Speaking to reporters in West Yorkshire, the Prime Minister said: “I think transparency is really important. And that’s why we have a set of rules and regulations in place to provide that transparency for people, and it’s important that those rules are adhered to.”

The Westminster Accounts cover the period since the 2019 general election and show former prime minister Theresa May is the highest-earning MP, receiving £2.8 million in payments and gifts.

Most of this income relates to Mrs May’s speaking engagements, which her entry in the MPs’ Register of Interests states are paid to the Office of Theresa May Ltd and used to pay for staff and charitable work.

The register also states Mrs May receives £85,000 per year from her private office.

Second on the list of highest-earning MPs is former attorney general Sir Geoffrey Cox, who has received £2.1 million in outside earnings and gifts since 2019.

Sir Geoffrey was criticised in 2021 for using a proxy to vote in the House of Commons while he was working on a public inquiry in the British Virgin Islands.

Former prime minister Boris Johnson is third on the list, having received £1.2 million since December 2019, including more than £1 million in speaker’s fees since he left Downing Street in September 2022.

Transparency campaign group Spotlight on Corruption described the Westminster Accounts as a “real wake-up call to the UK political establishment” after questions were raised about the source of some donations.

Susan Hawley, executive director at Spotlight on Corruption, said: “This should be a real wake-up call to the UK political establishment to get serious about ensuring parties conduct proper checks on donations and are fully transparent about where the money is coming from.

“More fundamentally, we have to have a serious public debate about the undue influence that donating to political parties allows, and how that distorts democratic decision-making.”