President Trump has complained this week of what he calls a media obsession with the coronavirus pandemic. The message from Democrats has been united — all coronavirus, all the time. 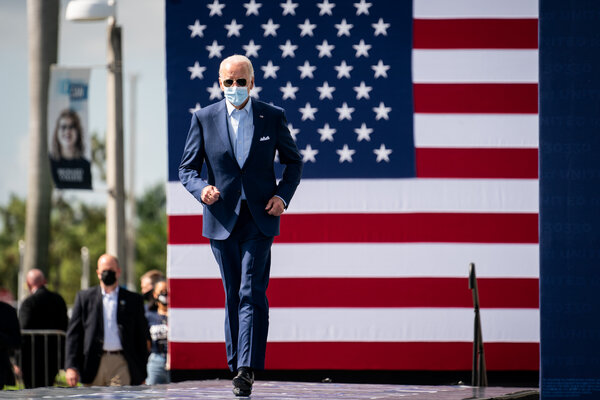 Welcome to our weekly analysis of the state of the 2020 campaign.

The week in numbers

As voters streamed to early voting sites this week and absentee ballots flooded in, expectations that the election would see historically high turnout were affirmed. In Texas, a closely watched battleground, more than 9 million ballots had already been cast as of Friday — more than the total number of votes cast there in the 2016 election.

Surveys released this week continued to show a steady lead for Mr. Biden nationwide, and a powerful advantage in most major battleground states. A New York Times/Siena College survey of North Carolina gave Mr. Biden a three-percentage-point edge there, while a separate Times/Siena poll of Michigan put Mr. Biden’s lead at eight points. 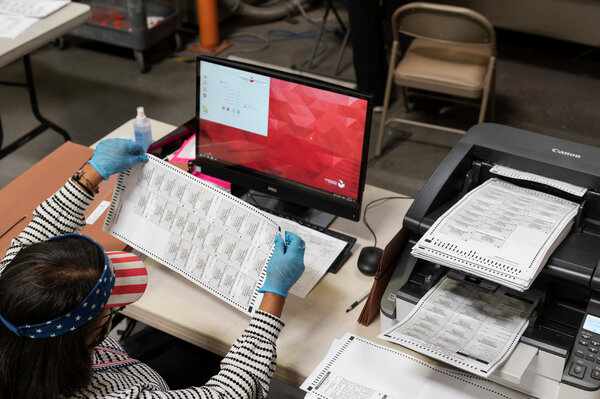 A presidential election that began in earnest nearly two years ago has finally arrived. Polling shows the campaign is ending as it began: as a referendum on President Trump. What’s new is that voters are also weighing his handling of the coronavirus pandemic. Democrats believe they have an edge, a larger path to 270 electoral votes through the Midwest, the Southwest, and even the Sun Belt. Mr. Trump’s campaign acknowledges an uphill climb, but believes a robust Election Day turnout can help squeak a victory similar to 2016.

Still, what happens on Tuesday might be the start of another chapter of this election — not mark its completion.