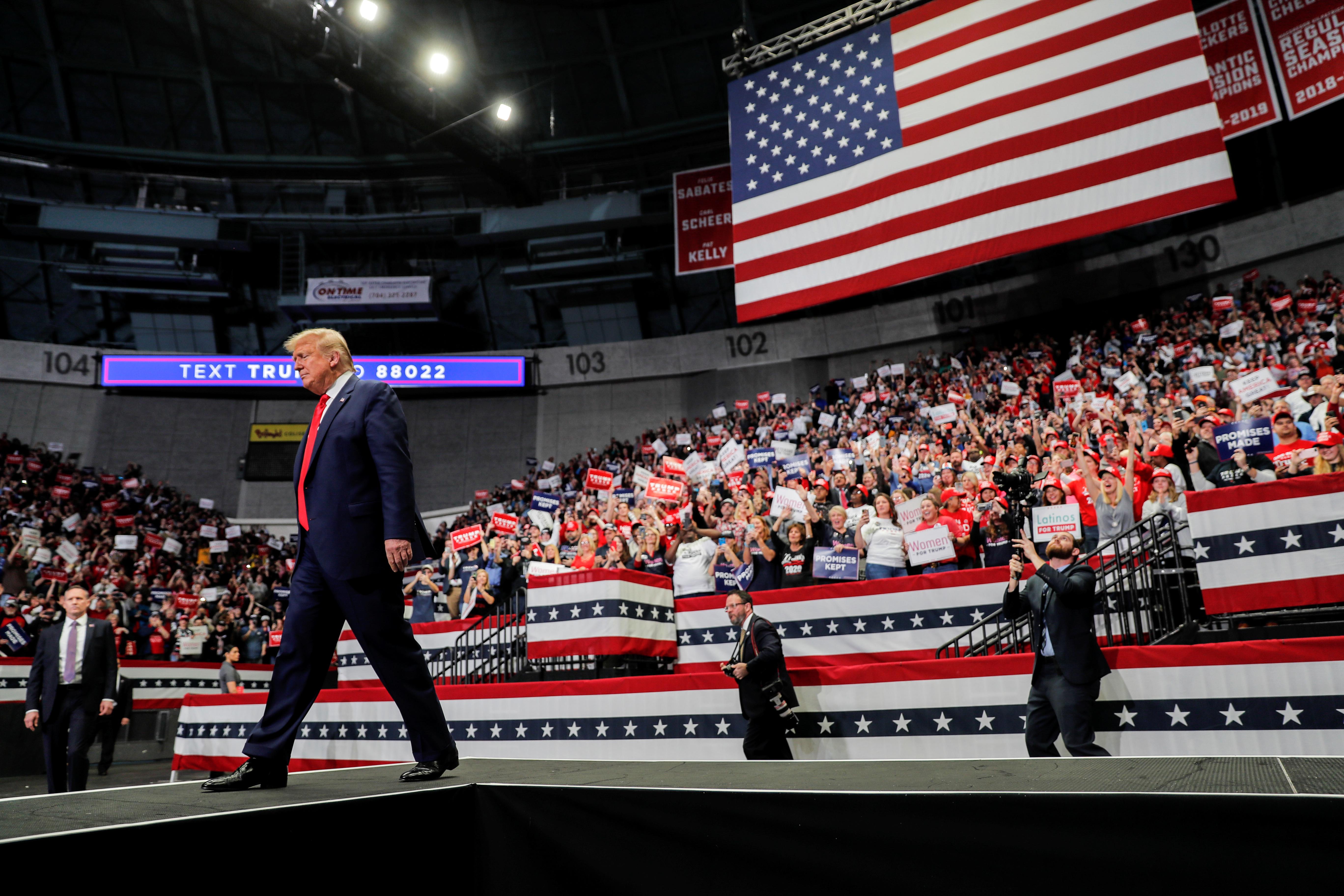 WASHINGTON (Reuters) – President Donald Trump said on Wednesday he will begin staging campaign rallies again soon with the first one likely in Tulsa, Oklahoma, as he seeks to rebound from a drop in opinion polls after his much-criticized handling of the coronavirus pandemic and mass protests against police brutality.

Trump also told reporters at the White House that he would announce a new location soon for a speech in August accepting the Republican Party’s nomination for president.

Campaign advisers say the site is expected to be Jacksonville, Florida, although Trump said places in Texas and Georgia were also in the mix.

Trump has been eager to get back on the road to promote his candidacy before the Nov. 3 election after a three-month hiatus brought on by the new coronavirus outbreak, which has killed more than 112,000 people in the United States, the most in the world.In the interim, Trump’s standing in the polls has eroded as voters render judgment on his handling of the virus and, more recently, the protests that erupted over the death in Minneapolis police custody of African American George Floyd.

He said his first rally is expected for June 19 and that others would follow in Florida, Texas and Arizona.

The Republican National Convention, where he will be nominated, had been planned for Charlotte, North Carolina, but the state’s Democratic governor Roy Cooper is refusing to allow the crowd size that Trump wants in order to maintain social distancing.

Trump and his campaign are looking for other sites where most of the convention business will be conducted.

“We’re going to North Carolina at the appropriate time. The governor’s a little backward there. He’s a little bit behind. And unfortunately we’re going to probably be having no choice but to move the Republican convention to another location. That’ll be announced shortly,” Trump said.

Tags: Coronavirus, HEALTH, RA, Trump, US
You may also like
Recent News:
This website uses cookies to improve your user experience and to provide you with advertisements that are relevant to your interests. By continuing to browse the site you are agreeing to our use of cookies.Ok