WASHINGTON (Reuters) – President Donald Trump said on Tuesday he is close to completing a plan to end the coronavirus shutdown and reopen the battered U.S. economy with some parts of the country likely to be ready to go before May 1. 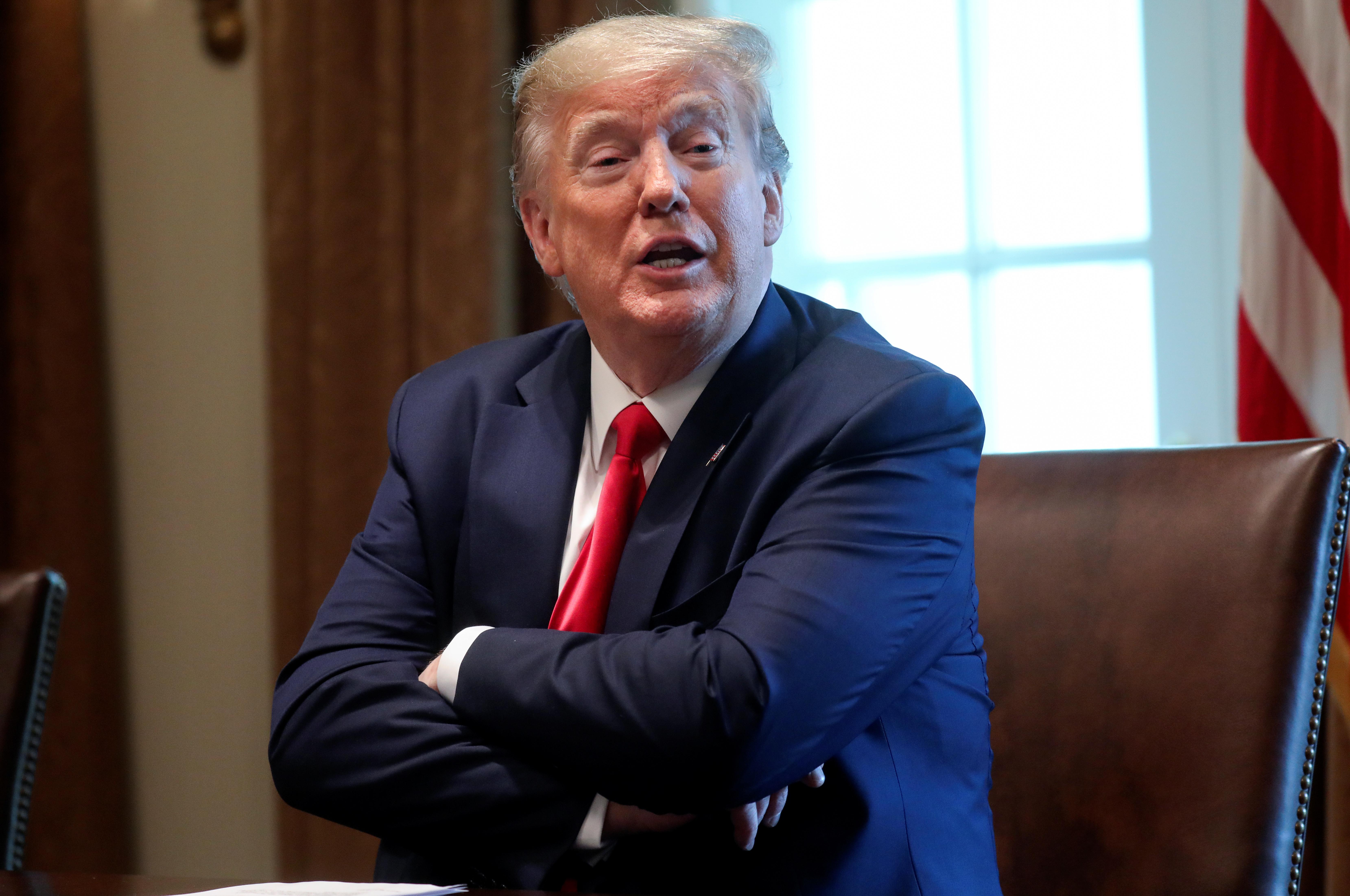 Standing in the White House Rose Garden, Trump said he would “authorize” governors – despite doubts from some experts that the presidency has such powers – to implement plans in their states at the appropriate time. He said he would speak to all 50 governors about the plan, probably on Thursday by video conference.

Trump’s coronavirus task force has recommended people across the country follow strict social distancing guidelines through the end of April. Opening some states before that would go against the guidelines in their current form.

Trump, facing re-election on Nov. 3 and under pressure to get the economy going again after millions have been made jobless by the shutdown, said some states should be able to reopen soon, based on a low rate of infections.

“We think that some of the governors will be in really good shape to open up even sooner” than the end of April, Trump said. “Others are going to have to take a longer period of time.”

Trump had initially said he hoped to reopen the economy by Easter in mid-April, but the mounting toll of infections and projected deaths forced him to extend federal guidelines for 30 days to the end of April. Some medical experts question whether the country will be ready by then.

The president drew fire from governors for saying on Monday at a contentious briefing that he has “total authority” to order them to reopen. Constitutional experts have doubted he has such authority but Trump has not backed down.

In an interview with CNN on Tuesday, New York Governor Andrew Cuomo said he would not follow orders from Trump to reopen his state if it would endanger New Yorkers, arguing any such move would create a constitutional challenge that pits states against the federal government.

“And the worst possible thing he could do at this moment – to act dictatorial and to act in a partisan, divisive way,” Cuomo said, referring to the president’s reelection bid. “Keep the politics out of it.”

Trump said he would not press states to re-open, and indicated each state would have its own individual date for starting the process.

Trump said the states should use whatever testing regimen they can to make virus testing more widely available. Testing has been haphazard throughout the country as the need has mounted.

The president suggested coronavirus testing would be necessary at state borders, but offered no details on how that would work.

Trump is battling accusations that he was slow to respond to a pandemic that has come to consume his presidency. Public support for his handling of the crisis has waned in recent days.

On Tuesday, Trump put blame for the global pandemic on the World Health Organization, saying the UN agency had “failed in its basic duty” and that it promoted China’s “disinformation.” He said he would halt funding to the WHO.

Trump announced a long list of companies that will be represented on his advisory council on reopening the economy, including from energy, financial services, food services, health care, and sports and entertainment.

Trump sounded as if he had largely made up his mind on his plan but insisted he would not put undue pressure on any governors who are reluctant to embrace it.

“We’ll open it up in beautiful little pieces as it comes along,” he said.

Tags: Am, Coronavirus, HEALTH, Trump, US
You may also like
Recent News:
This website uses cookies to improve your user experience and to provide you with advertisements that are relevant to your interests. By continuing to browse the site you are agreeing to our use of cookies.Ok