President Donald J. Trump’s interests during classified briefings have a new resonance amid the Justice Department’s criminal investigation into his handling of sensitive documents. 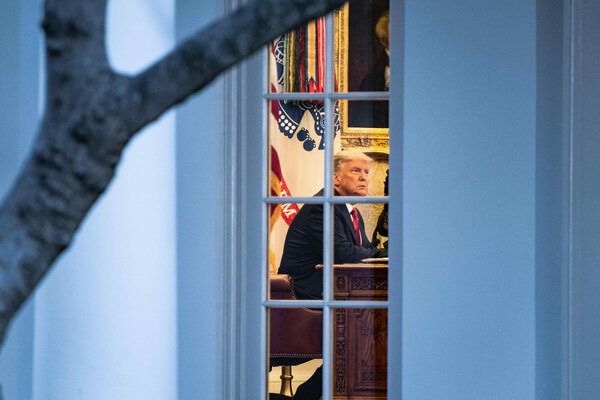 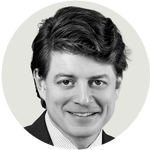 WASHINGTON — As president, Donald J. Trump showed the most interest in intelligence briefings when the topics revolved around his personal relationships with world leaders and the power available at his fingertips.

He took little interest in secret weapons programs, but he often asked questions about the look of Navy ships and sometimes quizzed briefers on the size and power of America’s nuclear arsenal.

He was fascinated by operations to take out high-value targets, like those that led to the deaths of Abu Bakr al-Baghdadi, the leader of the Islamic State, and Maj. Gen. Qassim Suleimani, a top Iranian commander. But the details of broader national security policies bored him.

Unlike some of his predecessors, Mr. Trump did not care about intelligence reports about U.F.O.s, but he would ask questions about the assassination of President John F. Kennedy.

Mr. Trump’s appetite for sensitive information is now at the heart of the criminal investigation into his handling of hundreds of classified documents he kept at his Florida home after leaving office.

The subjects covered in the material he kept remain unknown, and the questions of why he took it in the first place and why he resisted returning it remain unanswered. The intelligence agencies have yet to fully assess the risks to national security, though they plan to do so at the urging of lawmakers in Congress, including the top Democrat and Republican on the Senate Intelligence Committee.

But a look at what most engaged Mr. Trump during intelligence briefings, based on interviews with former Trump administration officials and people involved in providing intelligence reports to him, suggests that he was often drawn to topics that had clear narratives, personal elements or visual components.

The officials offered differing perspectives on how often Mr. Trump kept documents and how many he kept. Some said that materials were gathered back when briefings were over, while others said Mr. Trump somewhat regularly asked to hang onto things, particularly images or graphics.

“Intelligence briefers tried to find a way to get inside his head and would bring along a picture — a chart or a graph or something like that — and hand it to him across the Resolute Desk,” said John R. Bolton, a former national security adviser to Mr. Trump. “Sometimes he would say: ‘Hey, this is interesting. Can I keep this?’”

But there is broad agreement about what sorts of classified information interested Mr. Trump and what bored him. Mr. Bolton recalled once trying to brief him on arms control during a World Cup soccer game and struggling to get his attention.

More on the Trump Documents Inquiry

By the end of the administration, Mr. Trump had come to see the intelligence community’s insights into world leaders as valuable, according to former officials.

Mr. Trump devoured intelligence briefings about his foreign counterparts before and after calls with them. He was eager to deepen his relationships with autocrats like Kim Jong-un of North Korea or Xi Jinping of China and to get leverage over allies he took a personal dislike to, such as Chancellor Angela Merkel of Germany, President Emmanuel Macron of France and Prime Minister Justin Trudeau of Canada. Among the materials that the government retrieved from Mar-a-Lago was a document listed as containing information about Mr. Macron.

He was also fascinated by information in his intelligence briefings about how his meetings with world leaders had been received.

“He is all about leverage,” said Sue Gordon, a former principal deputy director of national intelligence. “It is not my experience that he has an ideologically held view about anything. It’s all about what he can use as leverage in this moment.”

With many world leaders, Mr. Trump, whose own dalliances were the stuff of gossip columns for years, was fascinated by what the C.I.A. had learned about his international counterparts’ supposed extramarital affairs — not because he was going to confront them with the information, former officials said, but rather because he found it titillating.

For people briefing Mr. Trump, some of whom were familiar with his penchant for blurting out secret information and had grown hesitant to relay everything to him, his interest in hanging onto documents sometimes created anxiety.