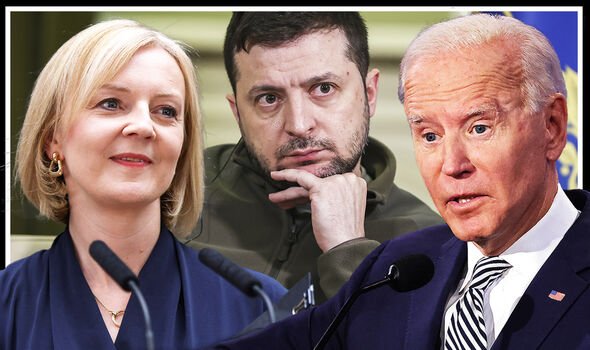 The new resident of No10 kept her promise to do away with the ordinary diplomatic protocol of making a UK Prime Minister’s first call to the White House.

Ms Truss had pledged repeatedly during the Tory leadership campaign that she would reach out to Kyiv before contacting any other country in order to renew Britain’s support for the democratic European country in the face of aggression from Russia.

The new Prime Minister made the symbolic gesture to reassure President Zelensky of her commitment to standing up against the threat of Moscow.

Last month the Ukrainian leader admitted his concern about Boris Johnson leaving office and his fears of a drop-off in support from the UK.

In a tweet confirming the call, Mr Zelensky said: “I became the 1st foreign leader to have a conversation with the newly elected Prime Minister Liz Truss.

“Invited her to Ukraine. Thanked the British people for the major defence and economic aid for Ukraine.

“It’s important that the UK is ready to further strengthen it.

“We discussed the participation of the UK in the recovery of Ukraine.

“The goal is to stop the aggression and bring the perpetrators to justice.