Tory leadership hopefuls Ms Truss and Mr Sunak have just weeks to win the favour of Conservative Party members, as they battle to be the next resident of Number 10. Both candidates have ramped up their public appearances in recent weeks, and have taken part in a number of leadership debates in an attempt to prove to the public they are the right person to lead the country. But what does their body language say about the kind of Prime Minister each candidate would be? Body language expert Judi James spoke exclusively to Express.co.uk. about what is behind the masks of the two leadership candidates.

Ms James said that both candidates have a “choreographed brand”.

She said: “Both Rishi and Liz come pre-packaged to make them appear ‘oven ready’.

“Liz is a Thatcher tribute act, with her pussy cat bows and her power-poses, while Rishi’s branding should have Tony Blair brandishing his copyright.

“Rishi’s wide-eyed, boyish smiles; his staccato speech and gesticulation and his use of props like the mug of tea as well as his constant use of Blair’s signature ‘Thumb of power’ gesture all look and sound familiar to Blair in his ‘Bambi’ heyday.”

However, Ms James said that each candidate has “tells” that show what they are really like. 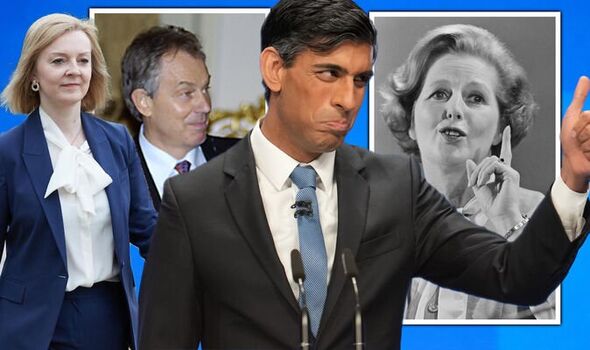 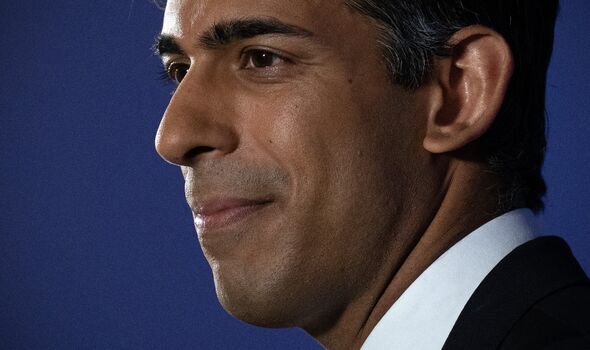 How has Rishi Sunak come across in the debates?

Discussing how Rishi Sunak has come across so far in leadership debates, Ms James said: “During the first debate Rishi was the smiling, friendly candidate with perhaps the slickest delivery style.

“His gesticulation was all about selling that brand.

“He was the candidate whose eye contact was often straight into the camera and the one showing the most physical energy, as though he was buzzing to get the top job.” 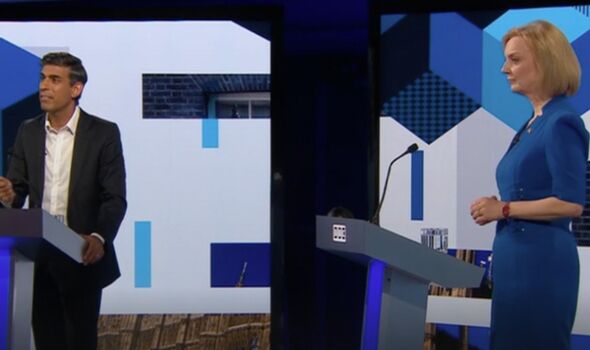 She said: “Under the studio’s close-up cameras, we can see a full range of emotions on display.

“Under pressure, the smile died in his eyes and he came out on the attack but his charm dropped a little too comprehensively at times.”

How has Liz Truss fared so far in the debates?

Ms James said that Ms Truss is “all about resilience and bounce-back, with her chin raised high and her legs splayed in a power pose”.

The body language expert said that Ms Truss has become more confident as the debates have progressed.

She said: “Liz is now using ‘diminishing’ gestures on Rishi, pushing one hand out towards him, palm-out as she challenges him.

“Her gestures towards him suggest she’s up for the fight, although when it comes to the electorate neither candidate seems to realise that watching two politicians argue polarised opinions about the country’s finances is like watching two doctors coming to blows over your treatment when you’re terrified you have a terminal illness.”

“Under pressure, she can capture the camera for her ‘big moments’ but she will often falter mid-delivery when she should be hammering them home.

“During one debate she even had to read one of her big ideas from her notes when it should have been proudly and confidently delivered directly to the camera.” 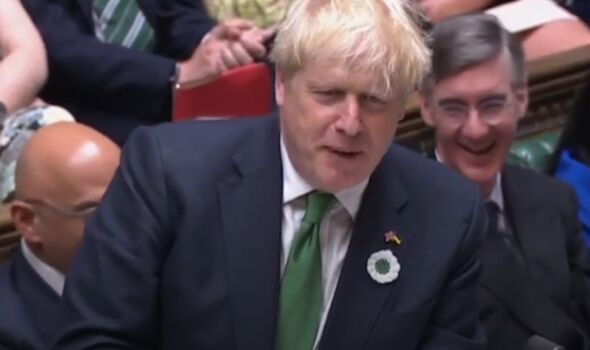 Ms James said that neither of the candidates possesses anything close to the “charisma” exuded by Boris Johnson which she said, “suggested that everything would be ok and as sweet as a nut as long as he was left alone to take care of business.”

She concluded: “There are weeks to go though, perhaps one of them can still turn on the magic.

“But for now we are left wondering whether either of them actually knows how to run the country.”