Intelligence officials have told the White House that computer analysis may shed light on the mystery. 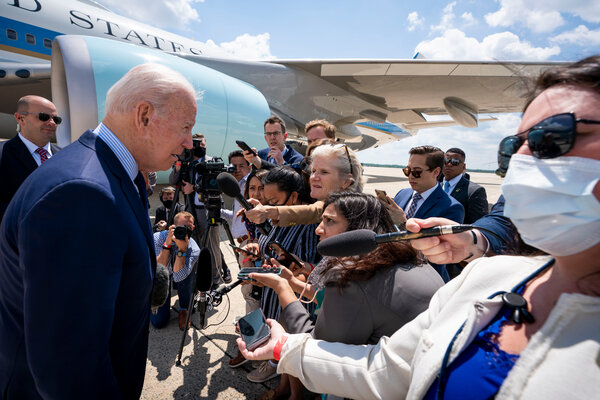 WASHINGTON — President Biden’s call for a 90-day sprint to understand the origins of the coronavirus pandemic came after intelligence officials told the White House they had a raft of still-unexamined evidence that required additional computer analysis that might shed light on the mystery, according to senior administration officials.

The officials declined to describe the new evidence. But the revelation that they are hoping to apply an extraordinary amount of computer power to the question of whether the virus accidentally leaked from a Chinese laboratory suggests that the government may not have exhausted its databases of Chinese communications, the movement of lab workers and the pattern of the outbreak of the disease around the city of Wuhan.

In addition to marshaling scientific resources, Mr. Biden’s push is intended to prod American allies and intelligence agencies to mine existing information — like intercepts, witnesses or biological evidence — as well as hunt for new intelligence to determine whether the Chinese government covered up an accidental leak.

Mr. Biden committed on Thursday to making the results of the review public, but added a caveat: “unless there’s something I’m unaware of.”

His call for the study has both domestic and international political ramifications. It prompted his critics to argue that the president had dismissed the possibility that the lab was the origin until the Chinese government this week rejected allowing further investigation by the World Health Organization. And, administration officials said, the White House hopes American allies will contribute more vigorously to a serious exploration of a theory that, until now, they considered at best unlikely, and at worst a conspiracy theory.

So far, the effort to glean evidence from intercepted communications within China, a notoriously hard target to penetrate, has yielded little. Current and former intelligence officials say they strongly doubt anyone will find an email or a text message or a document that shows evidence of a lab accident.

One allied nation passed on information that three workers in the Wuhan virological laboratory were hospitalized with serious flulike symptoms in the autumn of 2019. The information about the sickened workers is considered important, but officials cautioned that it did not constitute evidence that they caught the virus at the laboratory — they may have brought it there.

Tags: Coronavirus;COVID-19, Spying an
You may also like
Recent News: