Housing Minister Robert Jenrick said that if people stick to official government advice then numbers would fall – relieving pressure on the NHS. Offering a glimmer of hope to worried families he told the BBC: “If we all adhere to the measures then there is reason to believe they will begin to flatten the curve and we could see the evidence coming through that the NHS is being able to cope with the situation as best as possible. If that is the case then there may be the potential to relax measures in a sensible way in accordance with medical advice in the weeks and months that would follow that.”

But he warned that the next two weeks will be “critical” as Britain surges towards the peak of the outbreak.

“It’s likely the numbers will get worse in the coming days before they get better,” Mr Jenrick told BBC Radio 4’s Today programme.

Some experts have indicated that the worst period of the COVID-19 epidemic could strike between April 6 and April 20.

This is when most deaths are likely to occur.

And Mr Jenrick said the deaths of a 13-year-old and a 19-year-old with coronavirus is a reminder that the disease affects everyone. 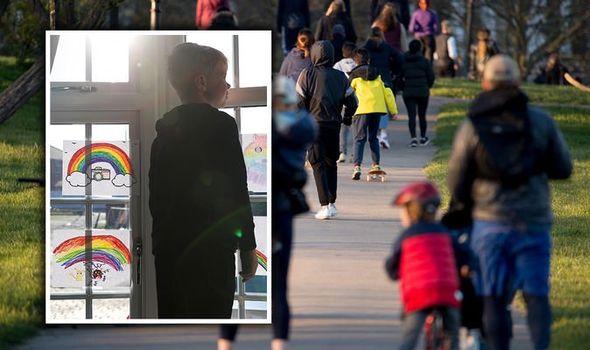 He told BBC Breakfast: “Every death is a tragedy, but two young people dying is even more sobering.

“It does remind us all that this is a virus that’s indiscriminate.

“It doesn’t just affect the elderly, or those who are extremely vulnerable because of their pre-existing conditions, although those people do need to take particular care.

“I think now everybody in the country understands and appreciates the seriousness of the situation, and is following the medical advice, which is to stay at home, by doing so protect the NHS and help to save lives.