United States stock markets opened lower on Friday after news that President Donald Trump has tested positive for COVID-19 injected even more uncertainty into an already contentious US election, while a less than stellar snapshot of the US jobs market signalled the economic recovery is losing momentum.

The S&P 500 – a gauge for the health of US retirement and college savings reports – was down 1.06 percent, while the tech-heavy Nasdaq Composite Index was off 1.66 percent. Both indexes had clawed back some of their losses suffered at the start of trading on Wall Street.

President Trump confirmed via Twitter on Friday he and First Lady Melania Trump were beginning their quarantine and recovery process immediately.

“We will get through this TOGETHER!,” the president said.

Tonight, @FLOTUS and I tested positive for COVID-19. We will begin our quarantine and recovery process immediately. We will get through this TOGETHER!

But the edge came off the climate of uncertainty shortly after the open of trading on Wall Street.

Speaker of the House of Representatives, Nancy Pelosi, reassured Americans talks between the White House and Democrats in Congress for a new round of virus relief aid are continuing.

Economists have been urging Washington to pass a new round of stimulus measures to keep the nation’s economic recovery on track.

Before the open of trading in New York, investors were greeted by even more evidence the jobs market recovery is shifting into low gear. 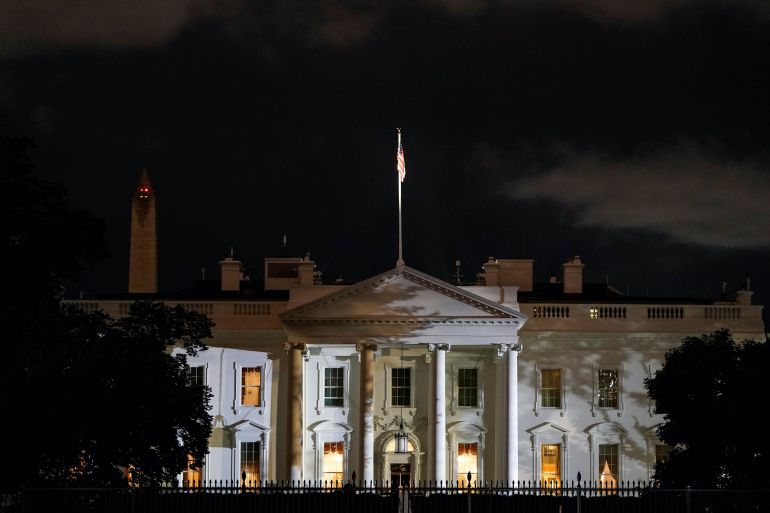 The economy added 661,000 jobs in September – fewer than many economists were expecting – while the unemployment rate fell to 7.9 percent, according to the US Department of Labor.

“The slowing momentum in the labor market bodes poorly for the broader recovery and points to increasing scarring effects from the crisis,” she added.

Of the 22 million jobs lost in March and April, only about 11.4 million have been recovered.

“At this pace of slowing job growth, it will take years to return to the pre-pandemic labour market,” Elise Gould, senior economist at the progressive-leaning Economic Policy Institute wrote in a Friday note. 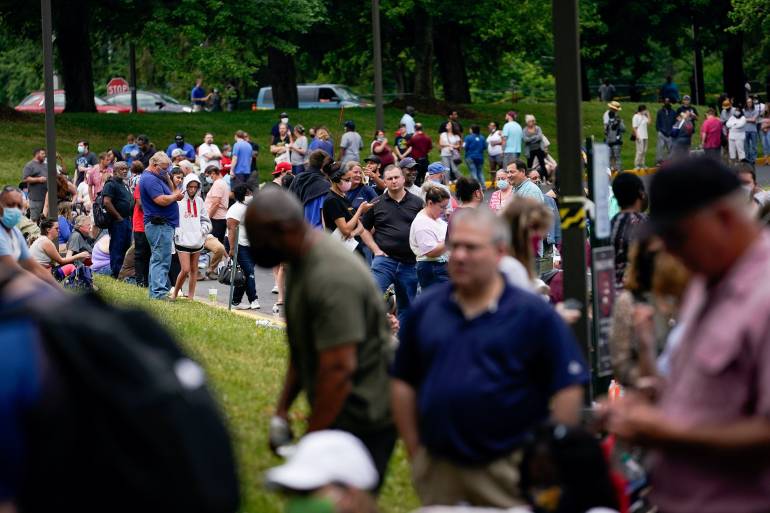 Hundreds of people line up outside a Kentucky Career Center hoping to find assistance with their unemployment claim in Frankfort, Kentucky, United States [File: Bryan Woolston/Reuters]Though job creation is moving in the right direction, millions of Americans have been out of work for months without any hope in sight. Many job losses are becoming permanent and layoffs remain widespread.

Tags: stocks sink after Trump tes, US
You may also like
Recent News: