WASHINGTON (Reuters) – Democrats will hold a largely virtual convention in August to nominate Joe Biden as their presidential candidate, the party said on Wednesday, with Biden giving his acceptance speech in person in Milwaukee, but state delegations staying home. 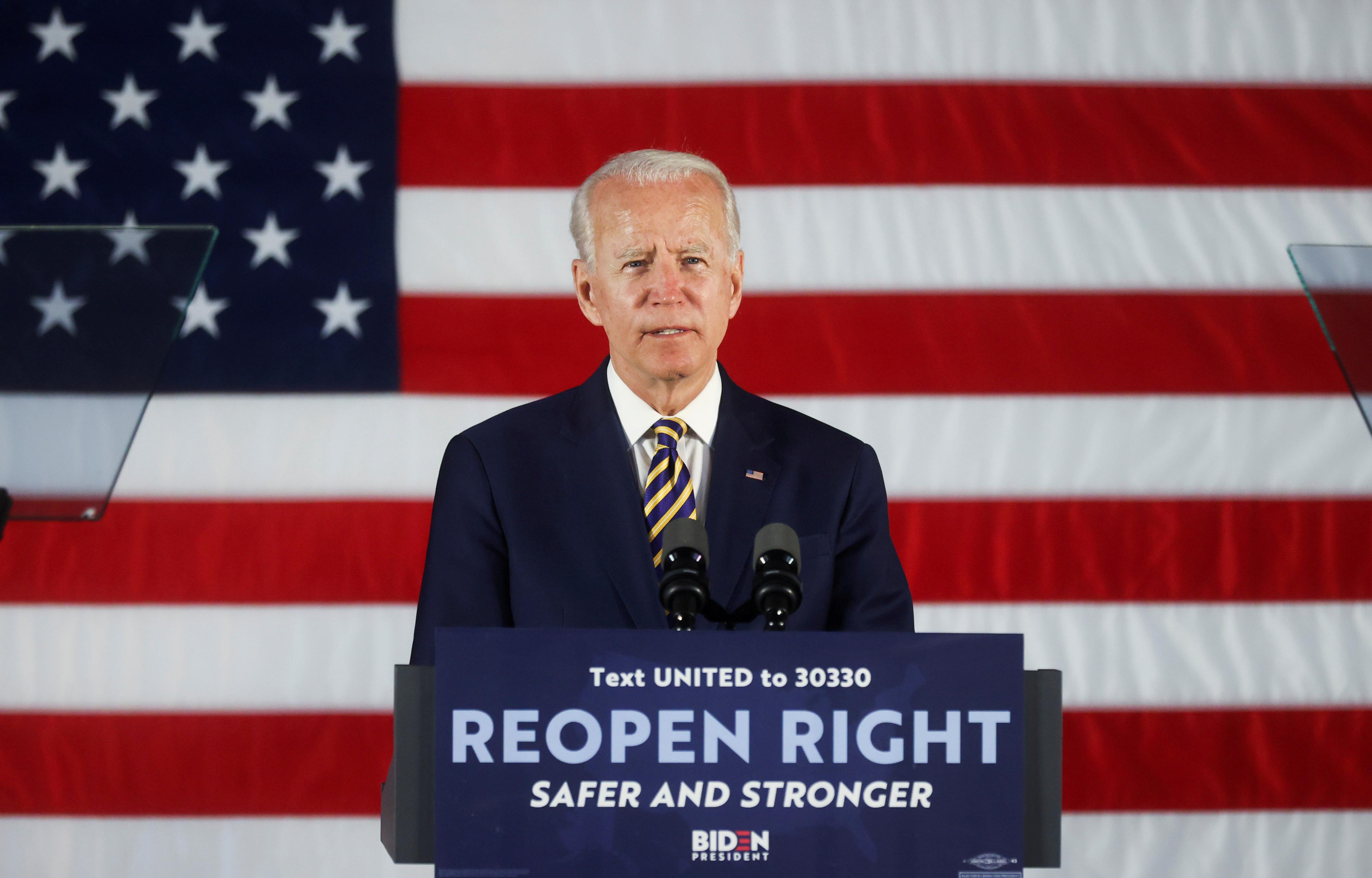 The decision comes as novel coronavirus cases are spiking in several states nationwide, including California, Florida and Texas, further upending the 2020 presidential race.

Republicans, in contrast, plan to hold a largely in-person event in Jacksonville, Florida, in August, intending to have President Donald Trump accept his nomination on Aug. 27 before thousands in an indoor arena.

The Republicans moved the speech from Charlotte, North Carolina, after the state’s Democratic governor refused to relax social-distancing rules aimed at curbing the coronavirus.

It was not clear if Biden’s speech, expected for Aug. 20 at a Milwaukee convention center, would have a live audience.

Biden, who was vice president for eight years under Barack Obama, has been critical of Trump’s handling of the coronavirus, saying he has pressed states such as Florida to reopen their economies too quickly and disregarded health and safety concerns.

After holding a rally at an arena in Tulsa, Oklahoma, on Saturday, Trump spoke at a campaign event on Tuesday in Arizona, another state being hit hard by a surge of coronavirus cases.

“Leadership means being able to adapt to any situation,” Tom Perez, chair of the Democratic National Committee, said in a statement. “That’s exactly what we’ve done with our convention. Unlike this president, Joe Biden and Democrats are committed to protecting the health and safety of the American people.”

Milwaukee was originally chosen as the site of the convention because Wisconsin is a battleground state in the Nov. 3 general election. Opinion polls show Biden with a lead over Trump there. Trump’s victory in Wisconsin in 2016 helped propel him to the presidency.

Delegates will conduct all convention business remotely, including casting their votes for Biden as the nominee, the party said.

A poll conducted by the University of North Florida released on Wednesday found that almost 60 percent of Jacksonville residents opposed the Republican convention being held in their city. Respondents cited concerns over the coronavirus and potential protests over racial justice and police brutality.

Tags: DEMOCRATS, ELECTION, US, USA, Wisc
You may also like
Recent News:
This website uses cookies to improve your user experience and to provide you with advertisements that are relevant to your interests. By continuing to browse the site you are agreeing to our use of cookies.Ok