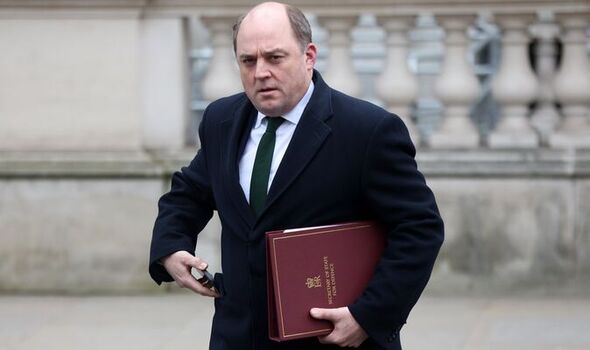 Defence Secretary Ben Wallace warned that Vladimir Putin “won’t stop” after invading Ukraine and was eyeing up the Baltic states. But he said the UK would not engage in “direct fighting” or back a Western no-fly zone over Ukraine because it would lead to all-out war.

He said: “If we were to directly attack Russian aircraft, we would have a war across Europe…Putin is not rational. He is trying to invade Ukraine. He won’t stop after… He doesn’t believe the Baltic states are really countries.

Mr Wallace said Putin had already been given a “bloody nose”. He added: “We assess over 450 Russians have been killed in day one. That is not as planned. Of course, he won’t be telling his own population that.”

The UK on Thursday banned Russia’s national airline Aeroflot from landing in Britain. Several airlines, such as British Airways, have already begun avoiding Russia’s airspace but yesterday’s decision will have implications for flights between the UK and Asia.