Denmark 'shouldn't have to pay for EU's struggles' says Kofod

The so-called frugal four (Sweden, Austria, the Netherlands and Denmark) have lost their biggest ally with Brexit. Anti-EU sentiments in those countries are now growing as the bloc’s major powers prepare to squash their demands at the negotiating table for future policies.

According to Rutger van den Noort, founder of the Nexit Denktank, things like deciding who will foot the bill in the EU budget now that the UK has left the bloc will be a reason for contention.

Asked about the effects of Brexit on his country, he told Express.co.uk: “In terms of trade I don’t think there will be much of a difference. We did trade quite a bit with the UK and we will continue to trade with the UK.

“In the long term there will be no difference, we just have to absorb all the changes.

“Probably the situation for the UK will be even better in terms of economic growth, so I believe the UK made a really good step to get out because that freedom has a lot of value.

“But we’re the losers in the European project. For the Netherlands in the long-term without the UK in the EU, it will be a harder game to play.

“Most likely the UK would have been part of the frugal five, rather than four, because they are also keen on stricter budgeting, and things like that.

“So without the power of the UK, our colour will fade. 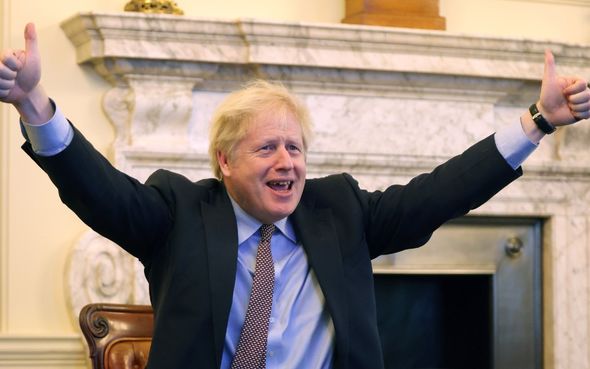 “So in negotiations for us it will be more of a case of accepting the terms of the others rather than to put a knife on the table and say ‘this is what we want’ or ‘we’re not going to do this anymore’, etc.”

He continued: “To give an example of that, the budget of the EU has not gone down after the UK left the EU which would have been logical.

“The consequence of this is that the other net contributors, like the Netherlands, have to pay significantly more.

“So by leaving, the UK had a negative effect on the Netherlands in terms of the EU budget.

“There will be therefore downsides for the Netherlands there, but the biggest downside will remain that we won’t have that strong voice anymore for the making of the future policies.”

Mr Van den Noort claimed it will not be long before his country, together with Finland or Denmark, will leave the Brussels bloc and the EU will “implode”.

He added: “I think others like the Netherlands, Finland and Denmark for example, should also leave.

“And then it would be much worse for those who remain to stay part of the EU and in the end, it will implode.

“I’m not against European cooperation at all, I think the countries themselves are probably too small on a global scale to do everything on their own – maybe with the exception of France and Germany – however, they should stay focused on certain items like border control, defence, foreign policy. But not on every little detail of every human life.”

Calls to leave the EU are also growing in Denmark.

Speaking on the day the European Parliament voted for the ratification of the Brexit deal, Danish MEP Peter Kofod said he had hoped Brexit triggered an “inward reflection” on the future of the EU and the need to change direction.

Instead, he lamented, Brussels responded with a plan for “more EU”, which could lead more countries to leave the bloc, including Denmark. 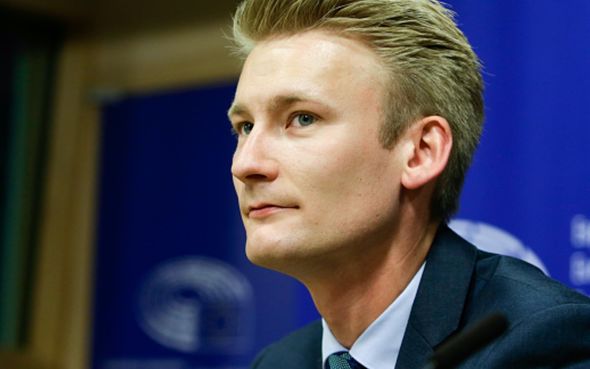 Mr Kofod blasted: “At the same time I’m happy and sad about Brexit.

“Happy because Brexit has been carried out but also sad because the EU has developed in such a poor direction that a majority of the Brits think it’s no longer attractive.

“Brexit is the result of too much EU.

“It’s good that the result of the referendum is respected, it’s also good that they take back power from the EU and once again I congratulate the Brits on the agreement they have made.”

He added: “I had hoped that Brexit really would have started an inward reflection in the EU system.

“That they had questioned why a majority of British people preferred to be outside of the EU.

“That really hasn’t happened. Instead, they’ve now started an even further-reaching EU project.

“Common borders, common economy, with lots of money handed out to south and Eastern Europe.

“Exactly what has made many of us ‘enough is enough’.

“But we’ve just been given more of it. So looking back, I have to say, the UK made the right choice to leave the EU and the EU will become less and less attractive to the small countries like Denmark when the federalists are in charge here.

“There will be less and less room for national differences. What I want is that the EU returns to that type of cooperation that we had when Denmark joined.

“When we tried to improve the relationship with the neighbours we had.

“But this is becoming a centre for handing out benefits and people are trying to limit our control of national borders. So it is any wonder that the UK doesn’t want to be part of it anymore?”