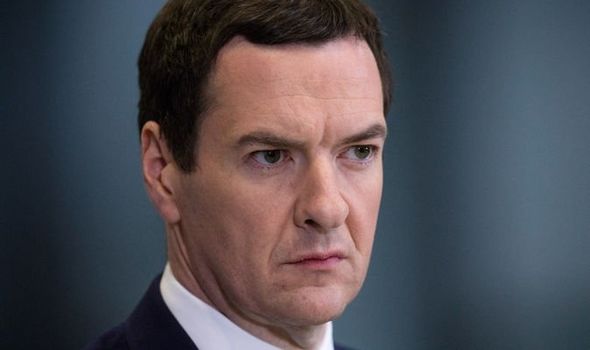 The former chancellor called on the Government to set out its longer-term plan to instil confidence in the markets. Asked if he thinks the economy will “bounce back”, he told BBC Radio 4’s Today programme: “I’m not sure bounce is the right word. I think it will recover.

“In fact, I think the damage being done alone is actually less than the damage that was done during the banking crisis because that completely clogged up all the credit system. The drop is much sharper, this quarter of the year is an extraordinary fall in GDP.

“I think the recovery can be quicker and the overall damage can be less but if I was in the Government now I would be starting to set out what my longer-term plan is, not just on the deficit but getting people who are unemployed back into work.”

“And that I’m afraid will lead to hard choices about what we can afford, how much we want to spend and how many taxes are raised to pay for it.”

But he said he believed the UK recovered “more quickly than others” following the 2008 global financial crisis.

He said: “Austerity was a consequence of the global financial crash in every single Western country. And I think Britain recovered more quickly than others, created more jobs than anyone else and actually had less austerity than most countries precisely because we actually embraced a plan.”