The European Commission President insisted the bloc had “bent over backwards for years” to help protect stability in the region. Her remarks come after EU-UK talks over the implementation of the Northern Ireland Protocol ended without a breakthrough. She told reporters: “The European Union is determined to make the Protocol work for the benefit of everyone in Northern Ireland.

“We’ve bent over backwards for years to find a solution on that. We agreed with the United Kingdom that the Protocol was the only solution ensuring the absence of a hard border on Northern Ireland.

“We’ve been really debating that since years and we’ve found the one and only solution.”

Mrs von der Leyen confirmed she would meet Mr Johnson on the margins of the G7 for trilateral talks with EU Council President Charles Michel. 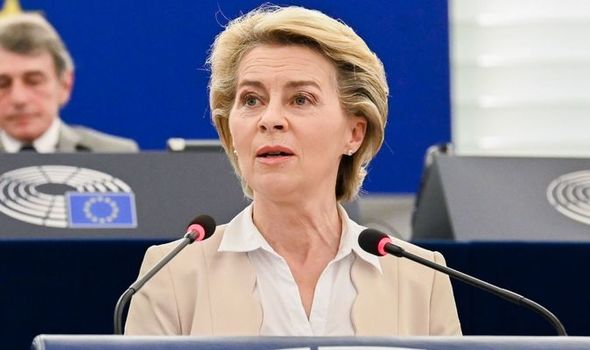 Yesterday, the Prime Minister warned that the UK’s “economic and territorial integrity” must be protected as the row over Northern Ireland border checks.

He insisted a solution to the deadlock between the EU and Britain is “easily doable” but it must also protect the peace process.

Asked about the row as he arrived in Cornwall for the G7 summit, Mr Johnson said: “What we want is something that enables us to protect trade flows…and that’s easily doable.

Tags: B, BREXIT, brexit news, ctp_video
You may also like
Recent News: