Kay Burley challenged the Labour Party frontbencher as she hailed the results in the Wakefield by-election as a “resounding success” for the party. Ms Haigh insisted the results, which saw Labour win back the seat lost in 2019 with a 12.69 percent swing, effectively puts leader Keir Starmer on “the path to power”. But the Sky News host challenged her suggestion, noting the party struggled to oust Boris Johnson despite the scandals surrounding the Prime Minister over the past year.

Ms Haigh said: “It was a resounding success for Labour and a historic defeat for the Conservatives.

“It’s difficult to see how they’re going to spin their way out of this one. A 12.5 percent swing would put Labour in a majority government at the next general election.

“And it’s not an exaggeration to say last night’s result has put Labour on the path to power.”

But Ms Burley noted: “And yet the Prime Minister remains in power.

JUST IN: Top Tory Oliver Dowden RESIGNS in fury over by-election thrashing – ‘We cannot carry on’ 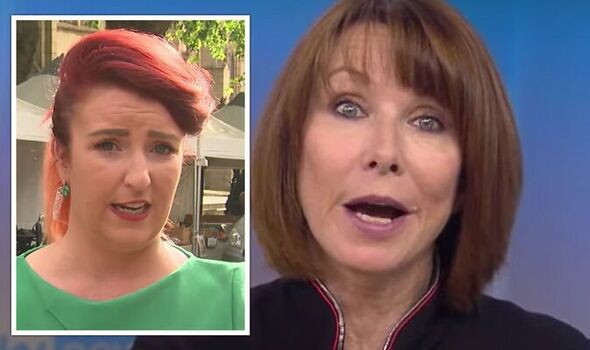 “He’s had quite a few hurdles to climb over over the last few weeks and months but he’s still in post. What does it say about your leader?”

The Labour frontbencher hit back: “I’m fully confident in Keir Starmer and I think the vote last night was a resounding vote of confidence in him as well.

“Not only was it a rejection of Boris Johnson and a complete, and I think fatal, loss of faith in the Tories as a whole.

“I think that’s why so many people are voting Labour for the first time in their lives. But it was a vote in confidence in Keir Starmer.

“For the first time since we’ve been in Opposition, we have a leader people can see that can be Prime Minister, that can be trusted to be in charge of our economy, and that they believe can heal some of the division this Government has created.”

Sir Keir Starmer said the win in Wakefield was a “huge result for the Labour Party”.

He told reporters in Ossett: “This puts us now absolutely on track for a Labour government, which is absolutely coming.”

Saying that 12.69 percent was a “significant” swing towards Labour, Sir Keir said: “That tells you that the next government is going to be a Labour government, and the sooner the better – because the country voted yesterday in both by-elections, no confidence in this out-of-touch, out-of-ideas Government.

“This is a historic by-election as far as we’re concerned.”