Linda Fabiani’s request for clarity on a question about the Scottish Government’s involvement in the investigation of Alex Salmond led to a tense stand-off between herself and Scottish Conservative Margaret Mitchell.

She claimed that Ms Mitchell had first asked about when the complaints policy was signed off, questioning whether Nicola Sturgeon believed the document should have been given to the Police when Alex Salmond was investigated.

Ms Mitchell said it was neither as the inquiry became quickly confused as to what was being asked to Ms Sturgeon with Ms Fabiani being accused of shutting down a line of questioning.

She said: “it was quite clear the Scottish Government officials should never have been anywhere near this investigation.

“At that point, it should have ceased and the complainers should be referred to support and advocacy and the choice would therefore be with them.” 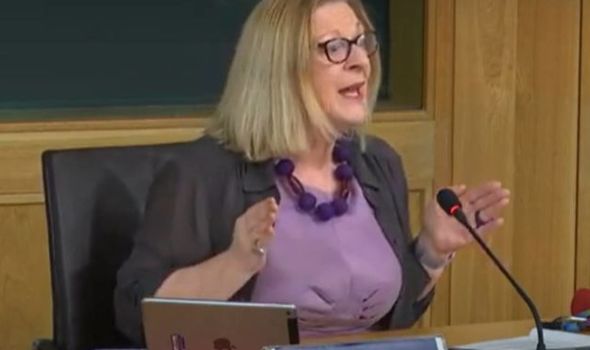