WASHINGTON (Reuters) – New orders for key U.S.-made capital goods fell sharply in February as demand for machinery and other products slumped, suggesting a deepening contraction in business investment that analysts said signaled the economy was already in recession. 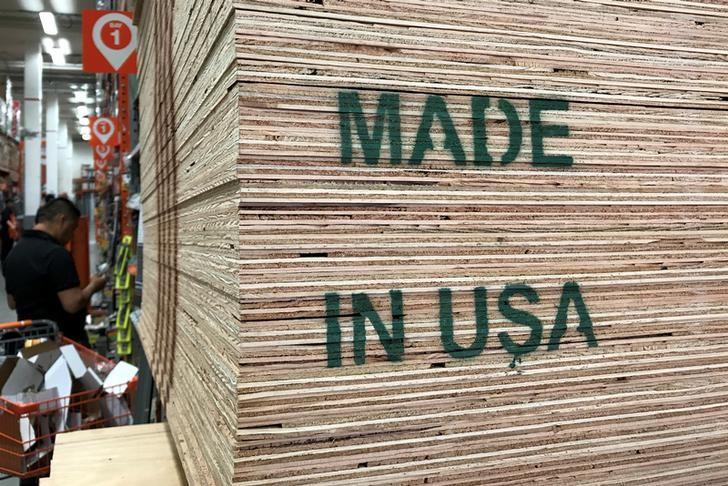 The coronavirus pandemic has further darkened the outlook for business investment as measures to contain the highly contagious virus have brought the country to a sudden stop. The Federal Reserve has taken extraordinary steps to soften the hit on the economy. U.S. senators were set to vote on Wednesday on a record $2 trillion fiscal stimulus package.

“Business investment is the key swing factor in every recession, and right now the pendulum is swinging the wrong way with declining orders likely to drag the economy over the cliff and down into recession in March,” said Chris Rupkey, chief economist at MUFG in New York.

Orders for non-defense capital goods excluding aircraft, a closely watched proxy for business spending plans, dropped 0.8% in February after rising by a slightly downwardly revised 1.0% in January, the Commerce Department said on Wednesday.

These so-called core capital goods orders were previously reported to have increased 1.1% in January.

Economists polled by Reuters had forecast core capital goods orders would drop 0.4% in February. There were decreases in orders for machinery, primary metals and computers and electronics products last month. But demand for electrical equipment, appliances and components increased 1.3% last month.

“Given that profits are likely now declining, financial market conditions have tightened and the economy is contracting, business investment will take it on the chin,” said Ryan Sweet, a senior economist at Moody’s Analytics in West Chester, Pennsylvania. “Business investment in equipment will drop sharply in the second quarter.”

Stocks on Wall Street were trading mostly higher, with investors comforted by the huge stimulus package. The dollar .DXY fell against a basket of currencies. U.S. Treasury prices were mostly trading higher.

The coronavirus, which causes a respiratory illness called COVID-19, has brought the economy to a abrupt halt, with governors in at least 18 states, accounting for nearly half the country’s population, ordering residents to stay mostly indoors.

“Non-essential” businesses have also been ordered closed, leading to massive unemployment and a rush to apply for jobless benefits. A survey by data firm IHS Markit on Tuesday showed its gauge of U.S. business activity dropped to a record low in March. Some analysts say the economy slipped into recession in March.

Recessions in the United States are called by the National Bureau of Economic Research. The NBER’s business cycle dating committee does not define a recession as two consecutive quarters of decline in real gross domestic product, as is the rule of thumb in many countries.

Instead, it looks for a drop in economic activity, spread across the economy and lasting more than a few months. Measures taken by the U.S. central bank to stem the slide include slashing interest rates to zero, promising bottomless dollar funding and implementing an array of programs to help keep companies afloat.

Business investment is taking a hit from a collapse in crude prices, thanks to the coronavirus and an oil price war between Russia and Saudi Arabia. A survey from the Dallas Fed on Wednesday showed a significant decline in activity in the oil and gas sector in the first quarter.

“Prior to the global COVID-19 outbreak, the combination of muted global growth, persistent trade policy uncertainty and tariffs, the strong dollar and weak corporate profitability made for a very challenging backdrop for U.S. businesses,” said Lydia Boussour, a senior U.S. economist at Oxford Economics in New York. “We now believe the additional headwind posed by the coronavirus will lead to one of the largest pullbacks in capital spending in history.”

Overall orders for durable goods, items ranging from toasters to aircraft that are meant to last three years or more, accelerated 1.2% last month after gaining 0.1% in January. They were boosted by a 4.6% rebound in orders for transportation equipment, which followed a 0.9% decline in January.

But orders for transportation equipment are set to weaken. Boeing (BA.N) has temporarily closed some its plants in Washington state, one of the states hardest hit by the coronavirus, and auto makers have shuttered factories to protect their workers from COVID-19.