China has taken on the BBC, after cutting the live feed of its BBC World TV Service during its reporting on the new Hong Kong legislation. China’s Communist Party has moved to impose a controversial new ‘national security law’ in Hong Kong that pro-democracy figures brand as a “death sentence”. Stephen McDonnell, the BBC China correspondent, tweeted that his television screen showing the BBC World News “went black” as soon as the anchor mentioned the controversial Hong Kong bill.

“The bill introduced today at the opening of the National People’s Congress in Beijing is 100% guaranteed to pass.”

He tweeted the claim alongside footage of the BBC World Service turning black as soon as anchor Lewis Jones speaks about Hong Kong.

The BBC correspondent followed up: “Some have asked for how long the screen remains black. The answer is that it stays black until we move on to another subject.” 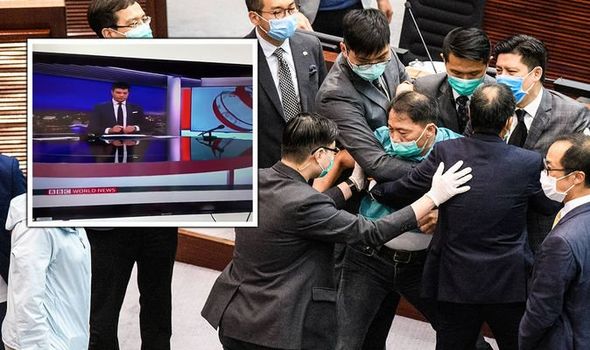 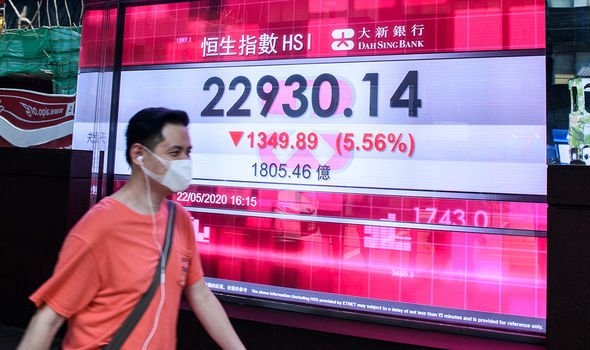 A BBC camera journalist echoed these claims, tweeting: “BBC World News goes black again in China. They cut off their own spokesman as he began to speak about the new National Security law for Hong Kong.”

Other reporters remarked that Chinese officials “probably wouldn’t expect BBC World News to be leading the morning bulletins in Europe not with the coronavirus or GDP, but national security in Hong Kong”.

Followers on Twitter said that the incident was “the future of Hong Kong television” while one commented that it was “disturbing and distressing”. 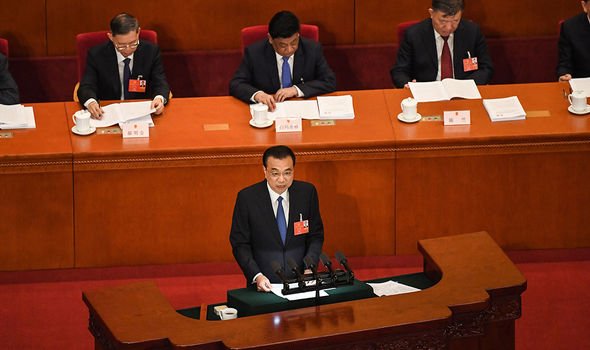 The latest security law for Hong Kong is seen as a major blow to the city’s democratic freedoms.

The draft law was submitted at the annual National People’s Congress, which rubber-stamps decisions already taken by the Communist leadership.

The law, which is all but guaranteed to pass, will ban “treason, secession, sedition and subversion” and could bypass Hong Kong’s lawmakers. 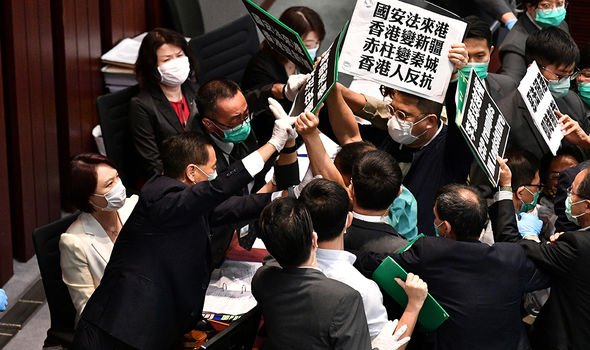 In response to the law, local politicians in Hong Kong’s Legislative Council erupted in a mass brawl amid fears that Beijing could “take full control”.

Pro-democracy activists have called for mass protests in response to what they see as erosion of Hong Kong’s autonomy.

This follows last year’smass protests, which were sparked by an attempt to allow extraditions to mainland China.