ROME (Reuters) – Italy recorded 130 new deaths from the COVID-19 epidemic on Friday against 156 the day before, the Civil Protection Agency said, while the daily tally of new cases rose marginally to 652 from 642 on Thursday.

The total death toll since the outbreak came to light on Feb. 21 now stands at 32,616, the agency said, the third highest in the world after those of the United States and Britain.

However, statisticians believe Italy, like many other countries, has suffered considerably more deaths from the virus than its official data suggest, because many casualties were never tested.

A study this week by Italy’s social security agency INPS showed that there were almost 47,000 more deaths between March 1 and April 30 than in the average for the same period in the five years from 2015 to 2019.

Of these, around 28,000 were officially counted as COVID-19 fatalities, leaving around 19,000 deaths unaccounted for. INPS said it was reasonable to suppose that “a large part” of these excess deaths were due to the coronavirus.

The Civil Protection Agency said the total number of confirmed cases in Italy since the start of its outbreak now amounts to 228,658, the sixth highest global tally behind those of the United States, Russia, Spain, Britain and Brazil.

People registered as currently carrying the illness dipped to 59,322 on Friday from 60,960 the day before.

There were 595 people in intensive care on Friday, down from 640 on Thursday, maintaining a long-running decline. Of those originally infected, 136,720 were declared recovered against 134,560 a day earlier.

The agency said 2.122 million people had been tested for the virus as of Friday, against 2.079 million on Thursday, out of a population of around 60 million. 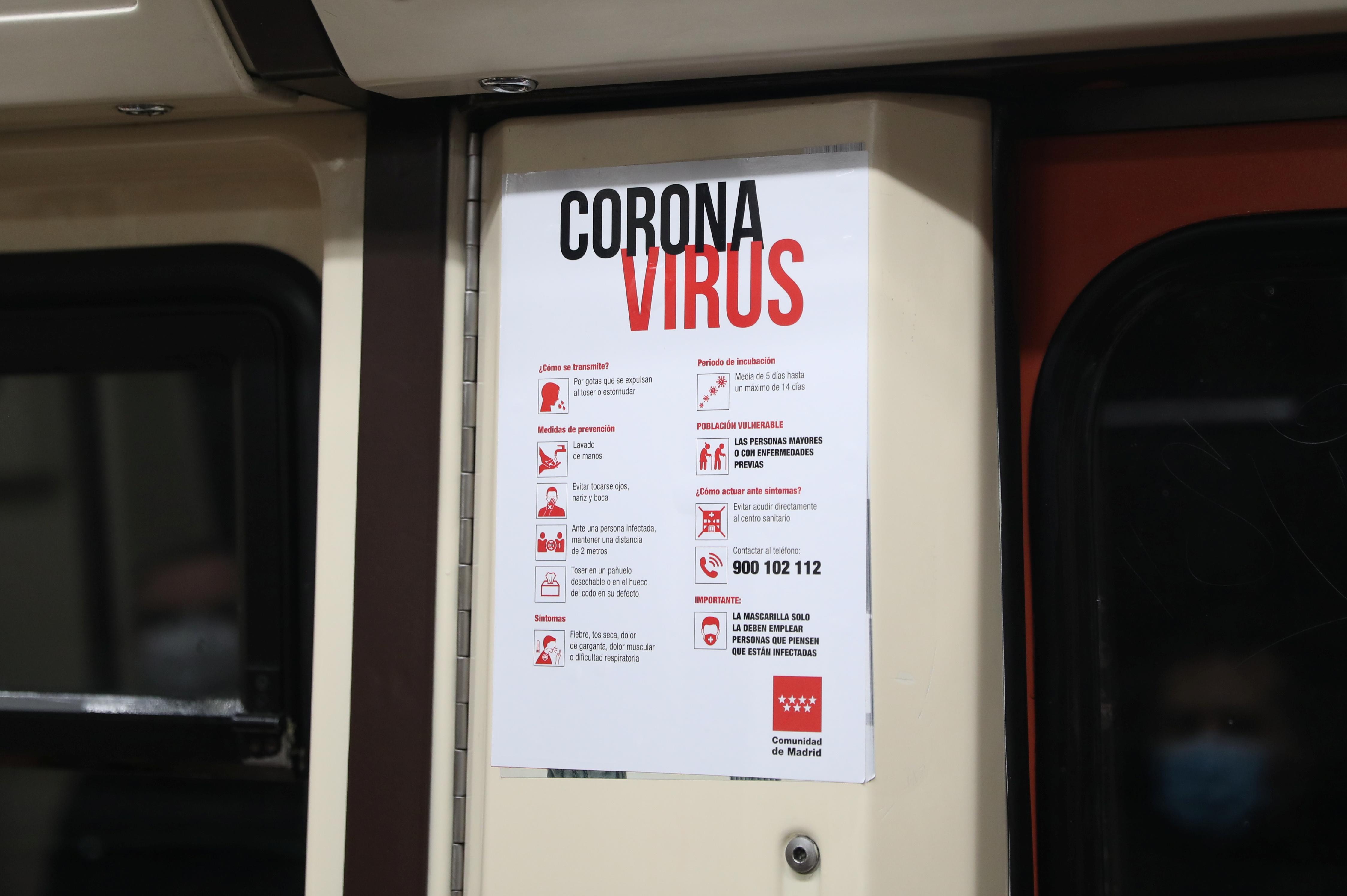 MADRID (Reuters) – Spain’s overnight death toll from the coronavirus fell to 517 on Monday from Sunday’s 619, bringing the total death toll to 17,489, the Health Ministry said, adding that it was the smallest proportional daily increase since tracking began.

TOKYO (Reuters) – Global shares fell on Monday as investors braced for more signs of economic damage from the coronavirus pandemic although a landmark deal by OPEC and its allies to slash output helped oil prices climb in volatile trade.

U.S. S&P 500 mini futures EScv1 dropped 1.54%, erasing a brief gain to a one-month high made right after the start of trading.

Financial markets in Australia and Hong Kong were closed while in mainland China, the CSI300 index .CSI300 lost 0.6% in early trade.

A group of oil producing countries known as OPEC+, which includes Russia, said it had agreed to reduce output by 9.7 million barrels per day (bpd) for May-June, after four days of marathon talks.

Still, they are down more than 50% from their January peak as the novel coronavirus pandemic has brought the global economy to a standstill and hit fuel demand.

“While the Federal Reserve’s stimulus has allayed fears of a financial crisis for now, the economy is far from returning to normalcy,” said Hiroshi Watanabe, economist at Sony Financial Holdings.

Investors looked to whether the novel coronavirus pandemic, which has ravaged global economic growth, will soon peak in the United States and Europe, as had been hoped.

“While panic selling we saw last month has faded, not many investors would want to chase stock prices higher given we are about to see more evidence of economic downturns,” said Masahiro Ichikawa, senior strategist at Sumitomo Mitsui DS Asset Management.

OPEC and allies led by Russia, the so-called OPEC+ group, said they had an unprecedented deal with fellow oil nations, including the United States, to curb global oil supply by more than 20 million bpd, or 20% of global supply.

“In the short term, the WTI may hold above $20 after the deal but it could fall below that level unless all the countries follow up their words with actions,” said Tatsufumi Okoshi, senior economist at Nomura Securities.

Companies are only now adjusting their behaviour to deal with an expected global recession, which the International Monetary Fund (IMF) has said will be “way worse” than the global financial crisis a decade ago.

Kia Motors Corp (000270.KS) told its labour union in South Korea that it wants to suspend operations at three of its domestic factories as the outbreak weighs on exports to Europe and the United States.

In foreign exchange markets, risk-sensitive currencies were softer while the safe-haven dollar and the yen found support.

ROME (Reuters) – The death toll from an outbreak of coronavirus in Italy climbed by 756 to 10,779, the Civil Protection Agency said on Sunday, the second successive fall in the daily rate.

The number of fatalities, by far the highest of any country in the world, account for more than a third of all deaths from the infectious virus worldwide.

Italy’s largest daily toll was registered on Friday, when 919 people died. There were 889 deaths on Saturday.

The total number of confirmed cases in Italy rose on Sunday to 97,689 from a previous 92,472, the lowest daily rise in new cases since Wednesday.

Lombardy, the hardest hit Italian region, reported a rise in deaths of around 416 on Sunday.

More than 662,700 people have been infected by the novel coronavirus across the world and 30,751 have died, according to a Reuters tally.

SINGAPORE (Reuters) – Asian stock markets were poised for a cautious start on Thursday following two days of rallies, as investors await the passage and details of a $2 trillion stimulus package in the United States to address the economic fallout from the coronavirus.

Senators are set to vote on the plan later on Wednesday in Washington. The bill includes a $500 billion fund to help hard-hit industries and a comparable amount for direct payments of up to $3,000 each to millions of U.S. families.

It cannot come soon enough, with potentially enormous weekly U.S. initial jobless claims to appear in data due at 1230 GMT.

Nikkei futures last traded 2% below the index’s cash close. Hong Kong futures were 1% higher and China A50 futures were up 0.2%.

“There has been so much stimulus thrown at this,” said Jun Bei Liu, portfolio manager at Tribeca Investment Partners in Sydney.

“But the positivity related to it is really just sentiment,” she said, adding that investors were largely flying blind with so many companies withdrawing earnings guidance. Jobless figures may offer a “reality check,” she said.

In perhaps an early sign of the fragile mood, the risk-sensitive Australian dollar dropped 1% and the safe-haven Japanese yen rose in morning trade. [FRX/]

The Dow Jones Industrial Average rose 2.4% and the S&P 500 1.2%, while the Nasdaq Composite dropped half a percent following a Nikkei report that Apple was weighing a delay in the launch of its 5G iPhone.

The money at stake in the stimulus bill amounts to nearly half of the $4.7 trillion the U.S. government spends annually.

But it also comes against a backdrop of bad news as the coronavirus spreads and as jobless claims are set to soar, with both set to test the nascent bounce in markets this week.

California Governor Gavin Newsom told reporters on Wednesday that a million Californians had already applied for jobless benefits this month – a number that knocked stocks from session highs and has analysts bracing for worse to come.

RBC Capital Markets economists had expected a national figure over 1 million in Thursday’s data, but say “it is now poised to be many multiples of that,” as reduced hours across the country drive deep layoffs.

“Something in the 5-10 million range for initial jobless claims is quite likely,” they wrote in a note.

Trepidation seemed to put a halt on the U.S. dollar’s recent softness in currency markets, with the dollar ahead 1% against the Antipodean currencies and up 0.6% against the pound.