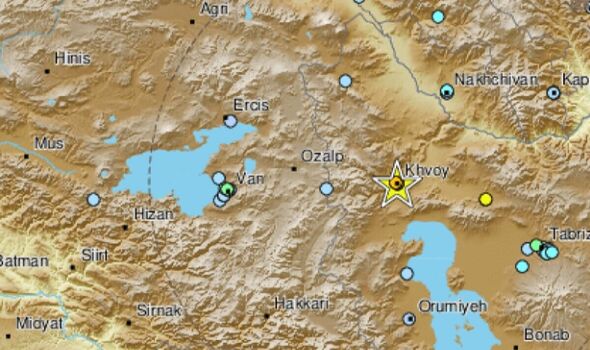 Over 100 people have been injured in a huge 5.8 magnitude earthquake in an Iranian province, emergency officials have confirmed.

The United States Geological Survey (USGS) reported the quake in the West Azerbaijan province, on the Turkish border.

200 rural houses were reportedly damaged in the tremor.

According to the governor for Khoi, which was near the earthquake, the number of people injured has reached 120.

According to the Iranian Seismological Center, affiliated with the Institute of Geophysics at Tehran University, the earthquake occurred at 1.38pm local time.

The quake struck at a depth of 12km from the earth’s surface.

No casualties have been reported so far.

We’ll be bringing you the very latest updates, pictures and video on this breaking news story.

For the latest news and breaking news visit: /news

Stay up to date with all the big headlines, pictures, analysis, opinion and video on the stories that matter to you.

Follow our social media accounts here on facebook.com/DailyExpress and @Daily_Express