Malaysia is investigating Qatar-based network over its report on treatment of migrant workers amid coronavirus pandemic. 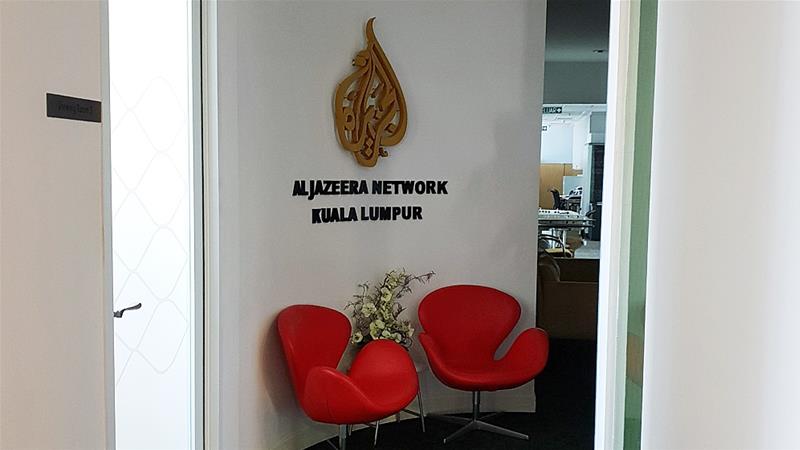 Malaysia’s police chief has insisted investigations into an Al Jazeera report are being conducted “professionally” and rejected concerns about worsening media freedom, a day after the broadcaster’s office was searched.

Authorities are investigating the news network’s programme, titled Locked up in Malaysia’s Lockdown, after the government was angered by its critical look at the treatment of migrant workers during the coronavirus pandemic.

But the country’s Inspector General of Police Abdul Hamid Bador on Wednesday said the search by police and communications ministry officials was carried out “very professionally”.

“It was not a military kind of action taken by the police,” he told AFP news agency in an interview.

He added that Al Jazeera staff were “informed earlier of our intent to be there”.

“They were even asked which devices were used. They cooperated,” he said.

The search came after seven Al Jazeera journalists were questioned by police last month in connection with the report.

Abdul Hamid said the probe would be wrapped up soon, after which the attorney general will decide whether to bring charges.

But the government insists the Al Jazeera report – which focused on alleged mistreatment of migrants when they were rounded up during a coronavirus lockdown in May – tarnished the country’s image.

Authorities say the round-up was necessary to protect the public from the virus.

Al Jazeera is being probed for alleged sedition, defamation and transmitting offensive content, but it has stood by the documentary and insists the reporting was impartial.

Abdul Hamid said the investigation “will be very transparent” and insisted journalists in Malaysia were still free to do their jobs.

But he also urged international media to “be responsible”, calling them not to “write something… that is inaccurate”.