TIRANA (Reuters) – Albania is relaxing a weekday curfew to allow shoppers longer to collect provisions, but is extending its weekend lockdown and launching police drones to deter rule-breakers as it moves to a second phase of tackling the coronavirus outbreak. 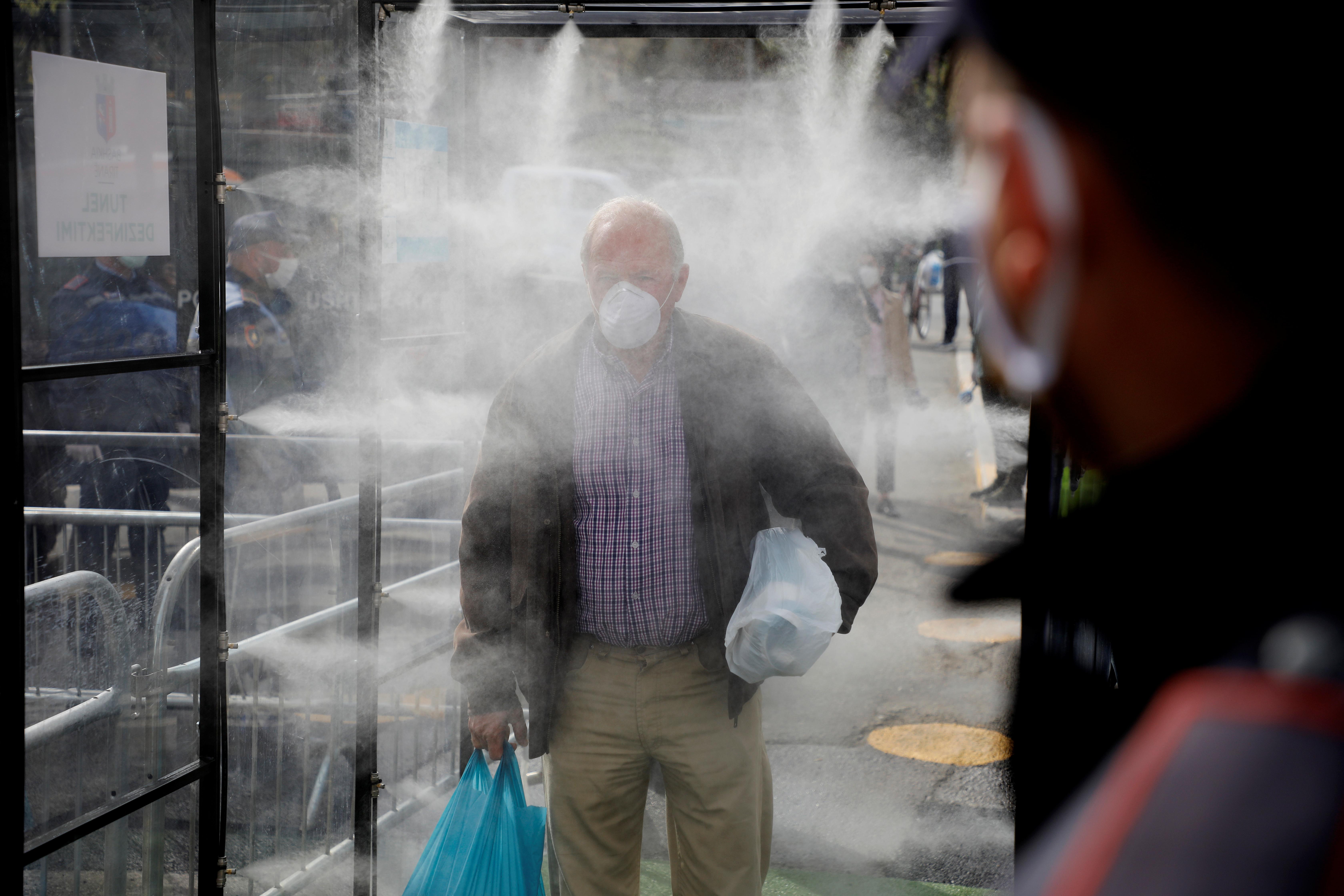 Each family will how have from 5 a.m. to 5:30 p.m. for their designated shopper to spend 90 minutes visiting shops, banks and pharmacies once they receive permission via an app — four and a half hours longer than before.

But at weekends, the lockdown will be in force from Friday evening until Monday morning, rather than starting at Saturday lunchtime.

Police also began using drones on Monday to spot anyone going out during the hours of lockdown.

“Now we are in stage two of fighting this virus. While we start relaxing the rules with tiny steps, we must be ever more vigilant,” Health Minister Ogerta Manastirliu said.

Since recording its first cases on March 9, 467 people in Albania have been confirmed as infected and 23 people have died.

Most of the 21 new cases detected in the past 24 hours were in the northern town of Shkoder. The mayor there has shut a main market and ordered public areas to be disinfected.

Most Albanians have respected the curfew, but some have not.

A man convicted of drug trafficking and wanted for murder tried to escape when a policeman asked for his ID but was shot and wounded by the officer.

At the weekend police caught 10 people, including a senior police official, playing soccer by the Adriatic Sea.

Tags: ALBANIA, Coronavirus, HEALTH, US
You may also like
Recent News:
This website uses cookies to improve your user experience and to provide you with advertisements that are relevant to your interests. By continuing to browse the site you are agreeing to our use of cookies.Ok