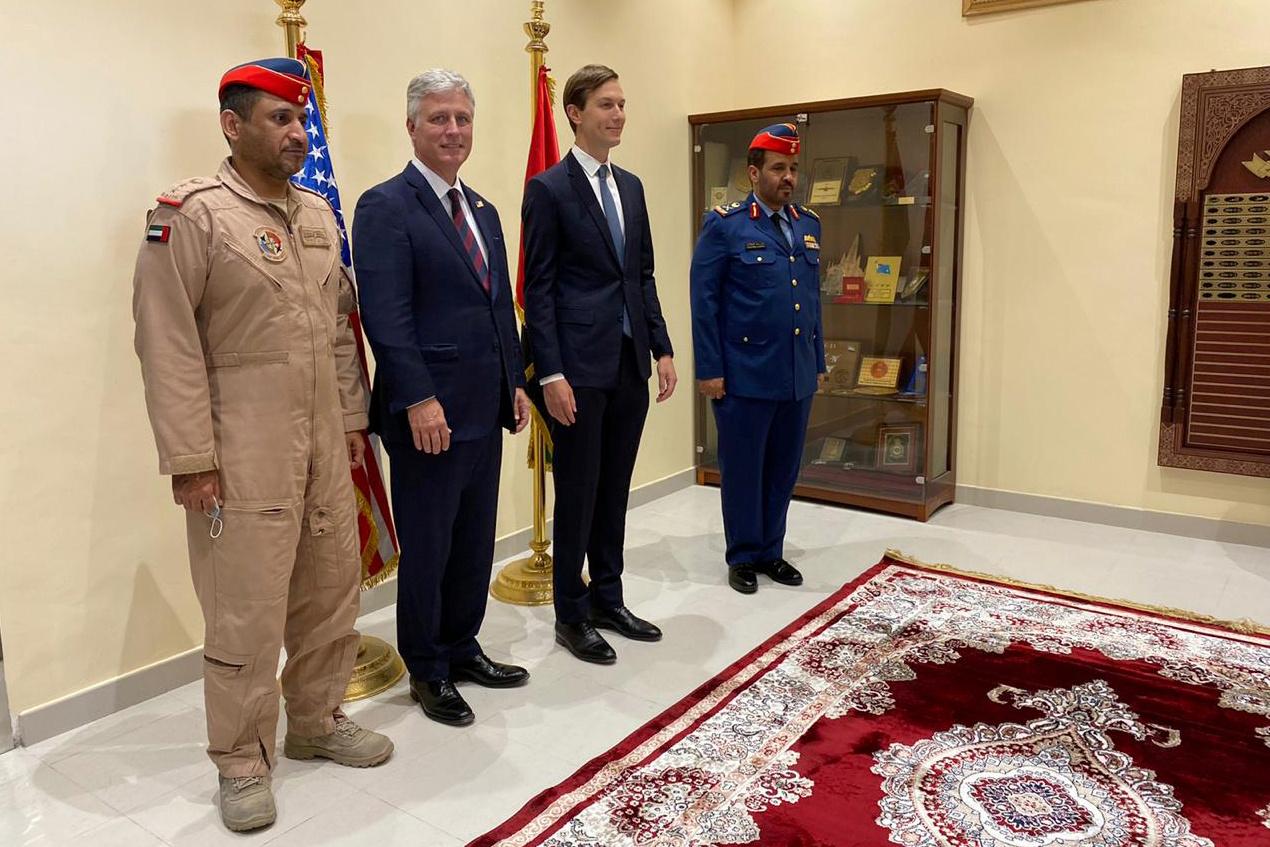 Israel, which has the F-35, has balked at any other Middle East powers obtaining the plane, citing U.S. laws that it should maintain a military advantage in the region.

Kushner, son-in-law to U.S. President Donald Trump, arrived in the Gulf Arab state on Monday on a two-day trip with an Israeli delegation for talks with UAE officials following their U.S.-brokered Aug. 13 accord to normalize relations.

The Gulf state, one of Washington’s closest Middle East allies, has long expressed interest in acquiring the fighter jet made by Lockheed Martin Corp (LMT.N) , which Israel has used in combat.

UAE Minister of State for Foreign Affairs Anwar Gargash has said normalization should remove “any hurdle” for the United States to sell the F-35 to the UAE.

A UAE official said the visit to the Emirati air base, which the U.S. also uses, near the UAE capital Abu Dhabi was not related to the F-35 issue, while another praised three decades of U.S.-UAE military cooperation.

“Our relationship has been built on trust and mutual support,” Major General Falah al-Qahtani told reporters. “We have stood together to fight extremism in all of its forms.”

Israeli Prime Minister Benjamin Netanyahu said on Monday F-35 plane sales were not part of the deal with the UAE, underscoring Israel’s concern not to dilute its access to advanced American weapons systems in the region.

“The Americans acknowledged that. Our position hasn’t changed,” Netanyahu said.

He said that White House national security adviser Robert O’Brien made clear to him during a visit to Israel this week that the United States is committed to preserving Israel’s military edge in the volatile region.

The United States has sold the F-35 to allies including Turkey, South Korea, Japan and Israel.

“The F-35 issue is a long-standing request of the UAE and it’s not by any means a driver of reaching this accord,” Jamal Al-Musharakh, chief of policy planning and international cooperation at the UAE foreign ministry, told reporters.

Kushner, who traveled on to Bahrain from the UAE on Tuesday, said he hoped another Arab country would normalize ties with Israel within months.

No other Arab state has said so far it is considering following the UAE. Several have ruled out normalization under current conditions. Only two other Arab states have forged full relations with Israel – Egypt in 1979 and Jordan in 1994.

Tags: EMIRATES, ISRAEL, MILITAR, US, USA
You may also like
Recent News:
This website uses cookies to improve your user experience and to provide you with advertisements that are relevant to your interests. By continuing to browse the site you are agreeing to our use of cookies.Ok