Donald Trump is ‘a threat to democracy’ says Piers Morgan

The German Chancellor warned private companies had no rights to curb freedom of expression and expressed fears tech giants such as Twitter and Facebook – which has also shut down the US President’s account – were becoming too powerful. Commentators said Ms Merkel’s frosty relations with Mr Trump made her remarks in his defence all the more striking but showed she was determined to highlight how social media firms had gained the influence to shape public discourse.

The right to freedom of opinion is of fundamental importance

Twitter permanently banned Mr Trump after his supporters stormed the US Capitol in Washington last Wednesday, unleashing hours of chaos in which five people died. The platform issued a statement saying his tweets could cause more violence.

But Ms Merkel’s chief spokesman Steffen Seibert told a regular Berlin press briefing: “The right to freedom of opinion is of fundamental importance.

“Given that, the Chancellor considers it problematic that the President’s accounts have been permanently suspended.” 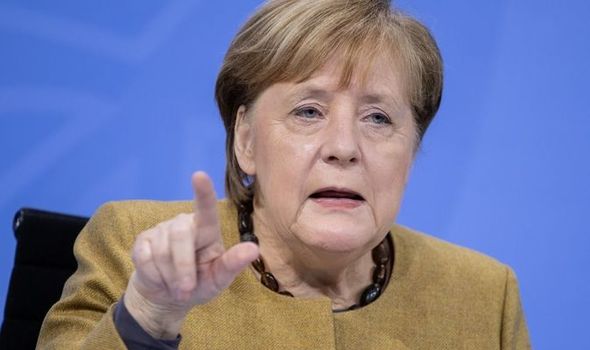 He said Twitter’s practice of adding notes to Mr Trump’s inaccurate tweets had been appropriate since the platform had a responsibility for ensuring public discourse was not poisoned by hate, lies or incitement.

And while Facebook followed Twitter in banning Mr Trump, it was the short messaging service that he made his own, leveraging a vast online following to rout his challengers in the Republican primaries and then capture the presidency in 2016.

Experts said Germany’s historic opposition to any infringements on freedom of speech can be traced back Communists and of Adolf Hitler’s Nazis, totalitarian regimes that ruled on German soil during the 20th century, both of which used violence and censorship to seize and hold power. 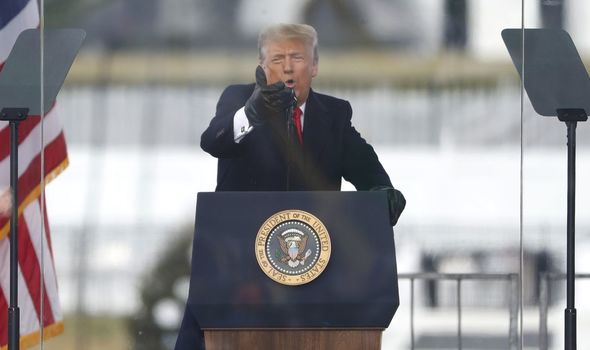 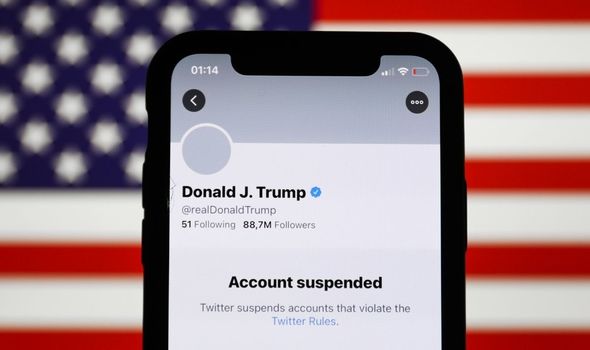 Twitter’s decision was a significant move against the man who joined the site in 2009 and built his run to the presidency on the back of his online popularity, which led to him finishing his time on the platform with almost 89 million followers.

In a statement, Twitter said it had decided to take action against Mr Trump’s account after a review of two of the President’s tweets found they had violated its glorification of violence policy.

The tweets were “The 75,000,000 great American Patriots who voted for me, AMERICA FIRST, and MAKE AMERICA GREAT AGAIN, will have a GIANT VOICE long into the future. They will not be disrespected or treated unfairly in any way, shape or form!!!” and “To all of those who have asked, I will not be going to the Inauguration on January 20th”.

The firm said the refusal to attend Mr Biden’s inauguration was being received by Mr Trump’s supporters as “further confirmation that the election was not legitimate” and him disavowing his previous claim there would be an “orderly transition”.

It claimed the second tweet may also “serve as encouragement to those potentially considering violent acts that the Inauguration would be a ‘safe’ target, as he will not be attending”.

Following the ban, Twitter later deleted two tweets apparently issued by Mr Trump on the POTUS account, and also suspended the TeamTrump account after it spread a statement from the President.

DON’T MISS
Trump must NOT be impeached – or God help America[COMMENT]
If Donald Trump is impeached – could he run for president in 2024?[INSIGHT]
Where is Trump now?[SPOTLIGHT] 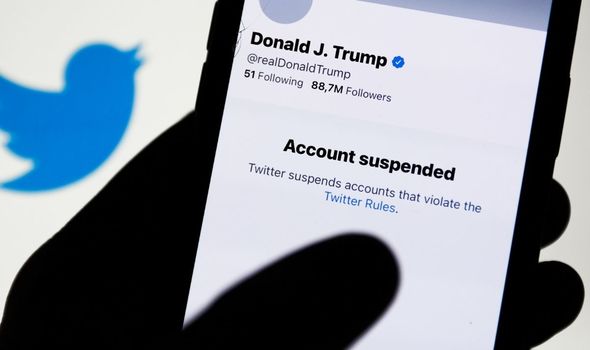 The statement said: “After close review of recent tweets from the realDonaldTrump account and the context around them – specifically how they are being received and interpreted on and off Twitter – we have permanently suspended the account due to the risk of further incitement of violence.

“In the context of horrific events this week, we made it clear on Wednesday that additional violations of the Twitter rules would potentially result in this very course of action. Our public interest framework exists to enable the public to hear from elected officials and world leaders directly.

“It is built on a principle that the people have a right to hold power to account in the open.

“However, we made it clear going back years that these accounts are not above our rules entirely and cannot use Twitter to incite violence, among other things.

“We will continue to be transparent around our policies and their enforcement.”

Tags: angel, autoplay_video, ctp_video
You may also like
Recent News:
This website uses cookies to improve your user experience and to provide you with advertisements that are relevant to your interests. By continuing to browse the site you are agreeing to our use of cookies.Ok