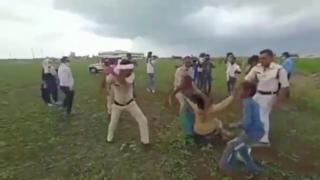 Two officials have been removed in India after a Dalit couple attempted suicide by consuming pesticide while being evicted from government land.

A video has been widely shared of the police appearing to beat the pair in the state of Madhya Pradesh, as their distraught children cry nearby.

Opposition parties say it is typical of the treatment of Dalits, who are at the bottom of the Hindu caste system.

Despite laws to protect them, they still face widespread discrimination.

A video shows the police hitting a Dalit man with batons as his wife and others try to save him.

The couple said they had leased the land for farming and would die if they were evicted.

Officials said that the couple, who were being removed from a plot of government land granted for a college, drank pesticide in protest.

They are reported to be recovering in hospital.

What has the reaction been?

“Our fight is against this mentality and injustice,” tweeted Rahul Gandhi, former leader of the opposition Congress party.

Madhya Pradesh Chief Minister Shivraj Singh Chouhan said that an investigation was underway and that a local official and the superintendent of police had been removed from their posts.

The police have said they were attacked while trying to remove the family. 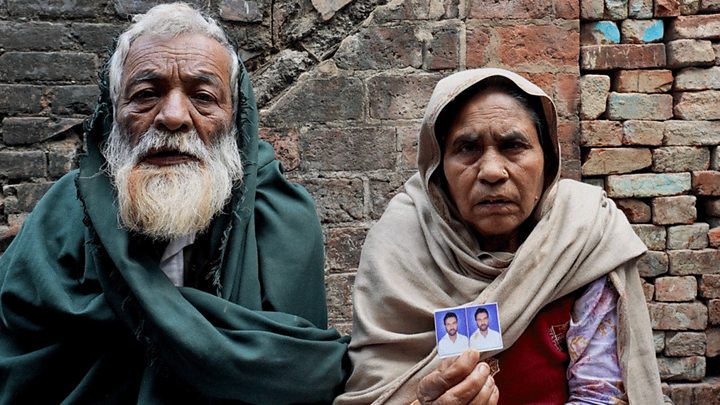 Tags: anger, Indian, of, over, pol, video
You may also like
Recent News: