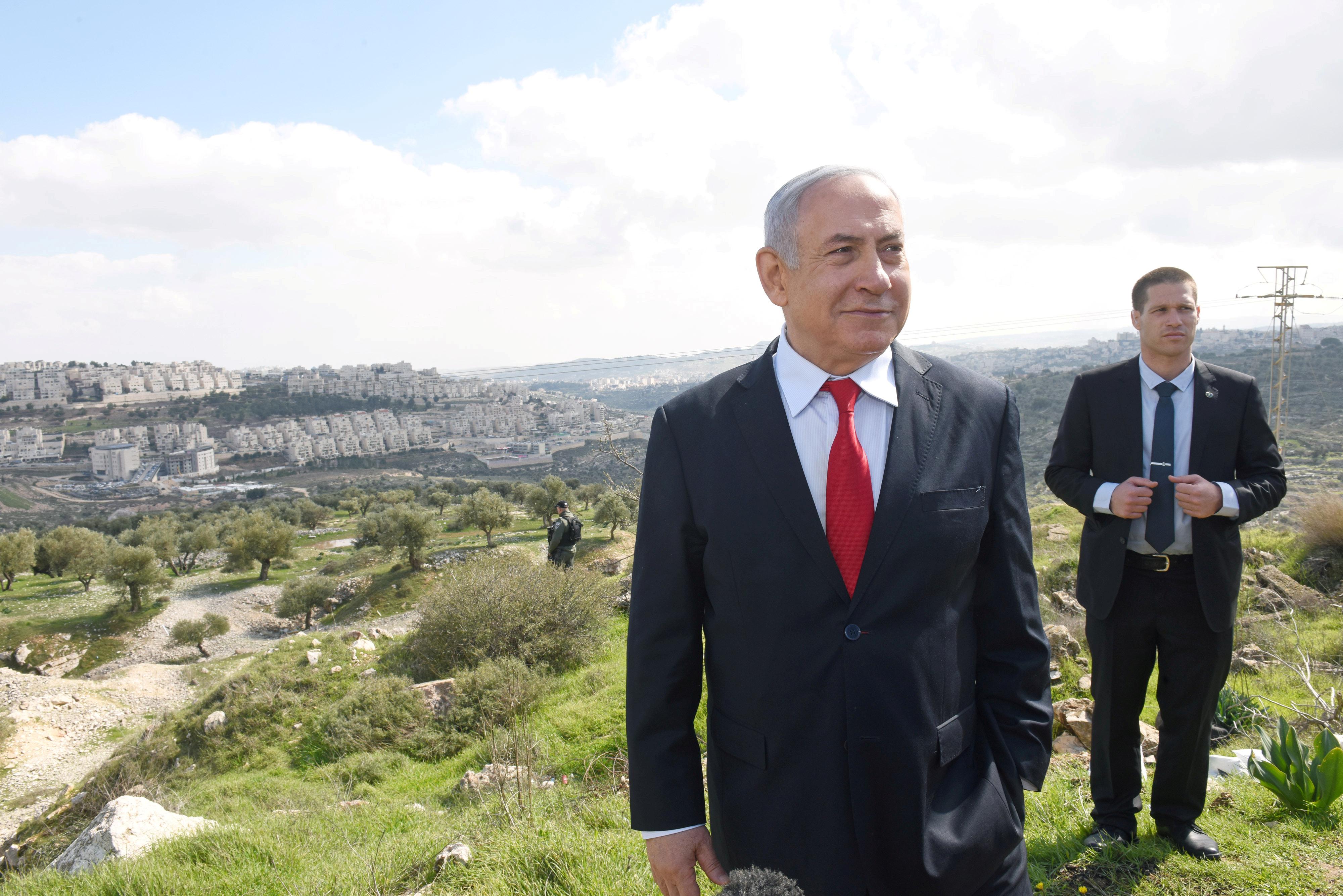 CAIRO (Reuters) – Arab countries condemned Israel’s plan to de facto annex parts of the occupied West Bank as a “new war crime” against Palestinians, the Arab League said in a statement after a video conference of Arab foreign ministers on Thursday.

Israeli Prime Minister Benjamin Netanyahu, in announcing a deal to form a unity government, has said cabinet discussions will start on July 1 on extending Israeli sovereignty to Jewish settlements in the West Bank and annexing the area’s Jordan Valley outright.

Palestinians have expressed outrage at Israel’s plans to cement its hold further on land it seized in the 1967 Middle East war, territory they are seeking for a state.

Implementing such plans “represents a new war crime added to the Israeli record full of brutal crimes against the Palestinian people”, the Arab foreign ministers said in a statement after their emergency meeting, which was held online because of the coronavirus pandemic.

Arab League secretary general Ahmed Aboul Gheit accused Israel of “taking advantage of the global preoccupation with confronting the coronavirus epidemic to impose a new reality on the ground”.

“This step, if taken, would eliminate the possibility of embodying an independent, sovereign, geographically connected and viable Palestinian state. This step, if completed, would end the two-state solution,” Palestinian Foreign Minister Riyad al-Maliki said during the meeting.

Netanyahu said on April 26 that the United states would give Israel the nod within two months to move ahead with de facto annexation of parts of the occupied lands.

The Arab countries urged Washington to abide by U.N. resolutions and “withhold support for plans and maps of the Israeli occupation government woven under the cover of the so-called American-Israeli deal of the century,” the statement said.

Palestinians have flatly rejected the U.S. peace proposal announced by President Donald Trump in January, partly because it awards Israel most of what it has sought during decades of conflict, including nearly all the occupied land on which it has built settlements.

Tags: A, ARABS, ISRAEL, PALESTINIANS, US
You may also like
Recent News:
This website uses cookies to improve your user experience and to provide you with advertisements that are relevant to your interests. By continuing to browse the site you are agreeing to our use of cookies.Ok