A wooden figurehead depicting a doglike figure or monster from a historic 15th century Danish ship was pulled from Swedish waters. It represented one of the oldest known preserved wooden carvings of its kind in the world, preserved by its submersion for centuries. The ship’s figurehead came from the warship Gribshunden, which was possibly a flagship built under King Hans of Denmark, who ruled from 1481 to 1513.

The ship, which had been carrying Hans (or King John) to Sweden on a 1495 diplomatic mission, is believed to have burned before arrival.

In later years war ensued between Denmark and Sweden, which wanted independence from the Kalmar Union that united Denmark, Sweden and Norway.

Charcoal was found at the site of the shipwreck, lending further credence to the belief that this wreck is in fact the Gribshunden.

The shipwreck, which was found in 2015 in waters off the south coast of Sweden, and is considered vitally important in the history of naval warfare. 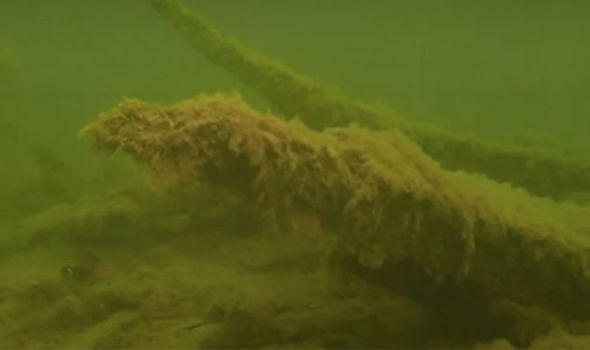 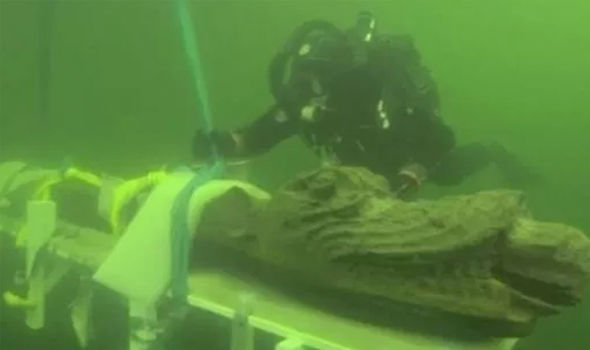 Johan Ronnby, professor of marine archaeology, expressed the confusion researchers had when trying to decipher what exactly the figurehead represented.

He said: ”It’s a sea monster – and we have to discuss what kind of animal it is.

”I think it’s some kind of fantasy animal – a dragon with lion ears and crocodile-like mouth. And there seems to be something in his mouth.

“There seems to be a person in its mouth and he’s eating somebody.” 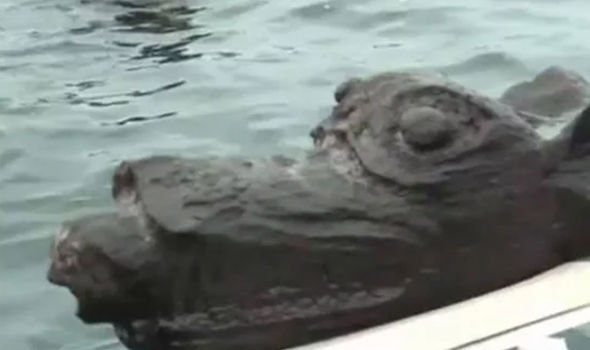 How is Boris Johnson handling the coronavirus crisis? Vote in our poll

Marcus Sandekjer of the Blekinge Museum added: “We don’t have ships like this that have been recovered at all.

“It’s something we haven’t seen before, it’s unique in the world and I think there will be more excavations around here with more unique objects.”

Mr Sandekjer also outlined the history of the ship, adding that it came from a time when historic explorer Christopher Columbus would have been active at sea.

He continued: “This ship comes from a time when Columbus was sailing across the ocean. 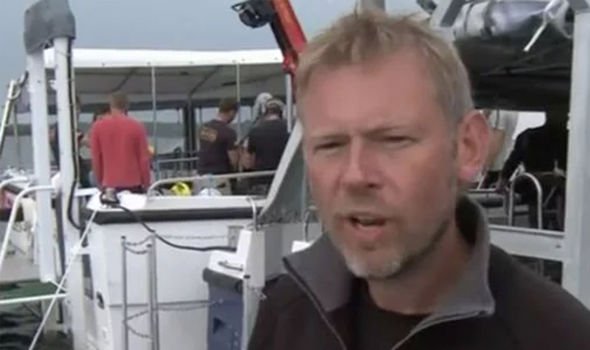 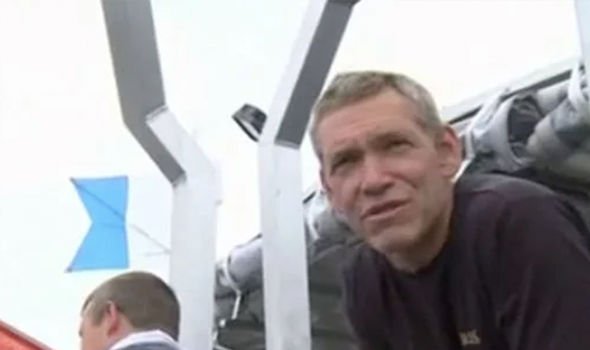 “This is the same period, so we can learn very much about how the ships were made and how they were constructed.

“Since there are no ships left from this time we just don’t know how they were constructed.”

When divers first discovered the figurehead languishing at the bottom of the sea, they thought its snarl was similar to that of a dog.

This fits with the name of the ship, the Gribshunden, which means griffon-dog.

Parts of armour and weapons have also been recovered, and are now on display in museums.

Mr Sandekjer added: “The ship comes from a time just when Columbus was sailing across the ocean and Vasco da Gama also went to India, and this is the same period and we can learn very much about how the ships were made, how they were constructed since there are no ships left from this time.”