The metal detectorist made the astounding discovery under a tree near Luxembourg inside an envelope embossed with the Nazi swastika and eagle, bearing the word “Reichsbank”. Experts said the markings suggest the coins were stolen from Germany’s wartime bank and may have been an inside job, as chaos reigned in the final days of the Third Reich. Florian Bautsch found 10 coins near the northern town of Lueneburg and professionals then excavated another 207, believing they were from French, Belgian, Italian and Austro-Hungarian origin.

The 31-year-old said: “I knew I had found something significant when the detector began going mad in my hand.

“I retrieved 10 coins from a hole a metre deep and then I got on the phone to the authorities.”

Nazi Germany’s central bank was called Deutsche Reichsbank and analysis of the metal in the seals suggests they were made sometime after 1940.

Mario Pahlow, a local archaeologist, said: “This was all found under a pine tree that is around 50 years old and that must have grown afterwards, so we know it must have been buried in the last days of the war or shortly afterwards.” 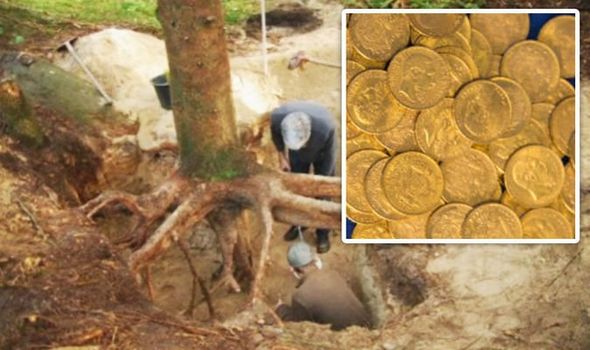 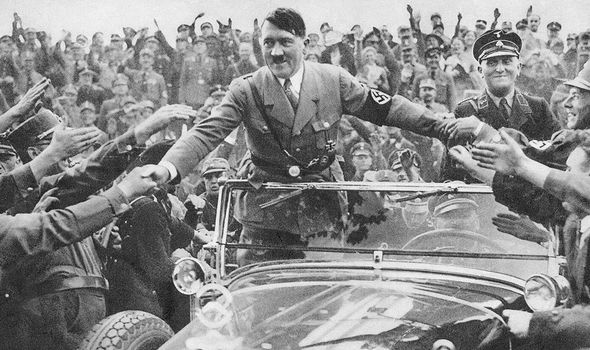 Dr Pahlow and other experts analysing the trove said it was probably part of the Deutsche Reichbank’s gold reserves and the fact the coins were buried suggests they were stolen.

Edgar Ring, an archaeologist at Museum Lueneburg, believed the culprit was probably an insider.

He added in 2015: “It was either someone who worked at the Reichsbank and had access, which means it could have only been someone who was there in an official role, or somebody who took advantage of the situation when the coins were being transported.”

The Reichsbank dispersed vast quantities of gold, silver and money in secret hiding places across Germany as Berlin crumbled under the assault of Allied bombers. 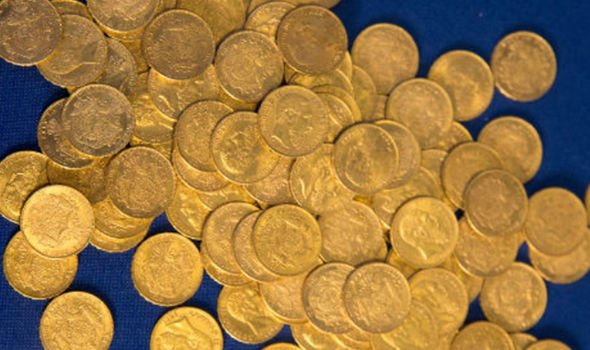 Chemical analysis showed the coins were most likely packaged between 1940 and 1950.

But he added it was hard to put a price on the historical value of them. 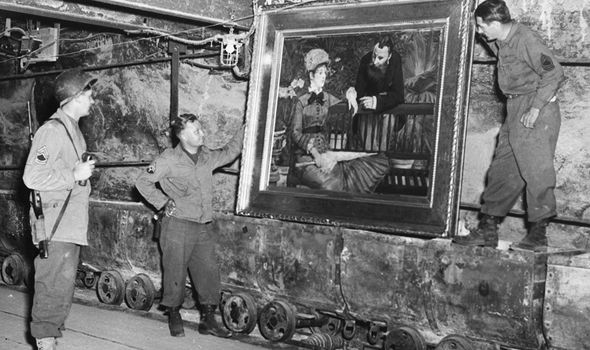 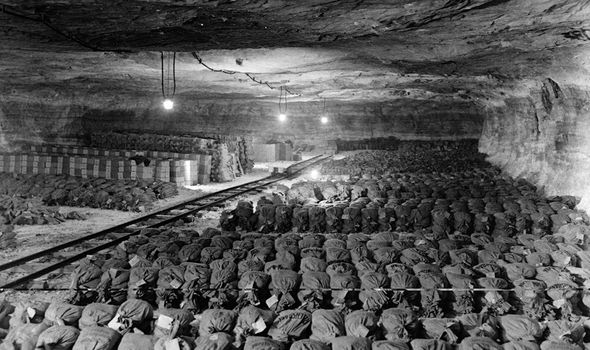 He said: “It’s reasonable to assume that you could buy a very good suit, including a waistcoat and top hat, with one of these coins.”

Mr Bautsch was awarded €2,500 (£2,200) for his find but said the most important thing to him was furthering scientific knowledge.

The set is now on display at the Museum Lueneburg.