Islamabad, Pakistan – At least five people have been killed and more than 20 wounded after an explosion in a residential building in the southern Pakistani city of Karachi, rescue officials say.

Confirming the death toll, an official with the Edhi rescue service told Al Jazeera that the explosion had taken place near the city’s Maskan intersection, adjacent to the University of Karachi.

The cause of the explosion was not immediately clear, a senior police official, speaking on condition of anonymity, told Al Jazeera.

Television footage from the scene of the explosion showed the building had partially collapsed, rubble and debris scattered on the road as rescue officials attempted to reach those inside.

Karachi, a sprawling metropolis and Pakistan’s largest city, is home to more than 20 million people and has had a history of frequent political, ethnic and other violence.

Attacks and killings have lessened in recent years after the paramilitary Rangers force launched a city-wide operation seven years ago to target criminal gangs and political parties aligned with them. 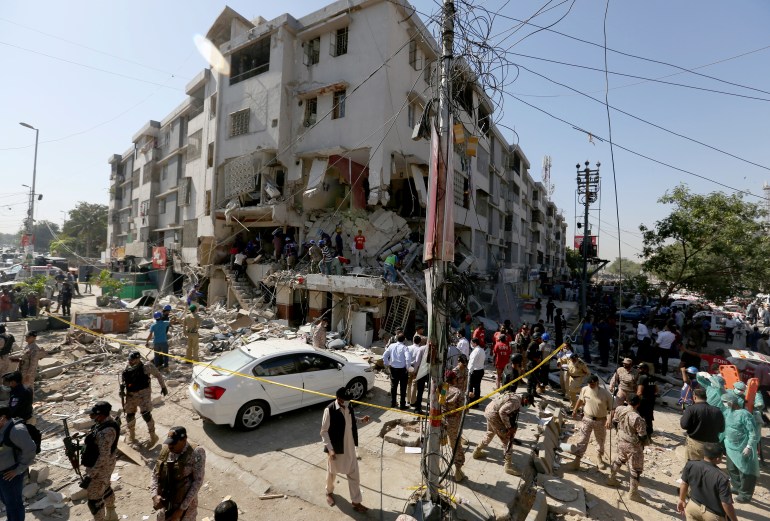 Tags: at, least five dead in Karachi
You may also like
Recent News: