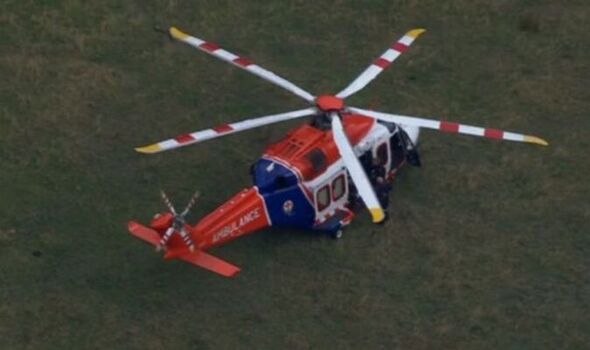 Authorities in Melbourne have located the crash site after a search for the missing aircraft was conducted this morning.

The missing chopper was travelling in a convoy with another helicopter when it disappeared at around 9.30am Australian Eastern Standard Time (11.30pm GMT), according to Victoria Police.

9News reported that the search was still ongoing as of 11:30am, with low-lying cloud making search-conditions difficult.

State Emergency Service volunteers, police, paramedics and Fire Forest Management have set up a staging point on the mountain, located an hour north of Melbourne.

It is not known whether smoke from a recent bush fire may have contributed to the helicopter coming down.

In an update to 6News, Victoria Police confirmed: “Two helicopters were travelling north in convoy from Melbourne’s CBD over Mount Disappointment when one aircraft disappeared just after 9:30am.

“At this stage the second helicopter is yet to be located.”

Ambulance Victoria released a statement saying: “Crews are making their way to the scene and the air ambulance has been dispatched.

“No further details are available at this stage.”

A police helicopter is reportedly also on the scene.

9News said it was not known exactly how many people were on board or what condition they are currently in.

Police have confirmed there were five people on board, after initial reports claimed there may have been seven.

Emergency crews are reportedly being winched into the area to look for survivors.

Lincoln Holmes, a reporter for 6News, tweeted: “Police have confirmed 5 people were on board the missing helicopter at Mount Disappointment.

“Emergency crews are now being winched into the terrain to investigate if there’s any survivors.”

A spokeswoman for the fire department said they had four lorries and three fire engines at the scene.

She said: “Crews are part of a multi-agency response to reports of an aircraft accident.

“[They are] supporting Victoria Police in the multi-agency response.”

The search went on for over four hours, having been hampered by low cloud and smoke from controlled fires in the area, which have been set to prevent bushfires.

There are currently 20 cars from emergency services at the scene, with personnel now climbing the mountain.