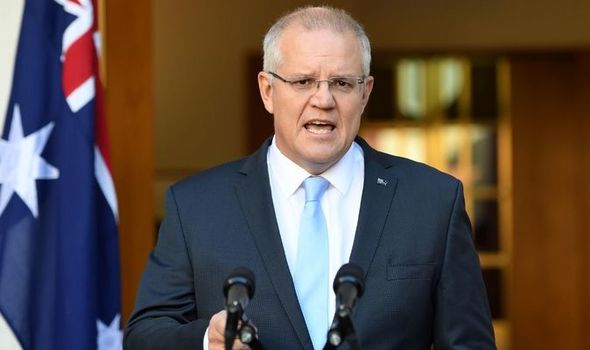 Mr Morrison said the boycott should come as “no surprise”, citing the breakdown in the relationship with China over the past years.

He said: “I’m doing it because it’s in Australia’s national interest. It’s the right thing to do.”

The Australian Prime Minister’s statement comes after an announcement from the Biden administration on Monday claiming the US boycott is in response to what it called “ongoing genocide and crimes against humanity in Xinjiang and other human rights abuses”.

American athletes are also still expected to compete in the games.

Following the White House’s announcement, China accused the US of “political posturing and manipulation” and claimed American diplomats had not even been invited to Beijing in the first place.

Foreign ministry spokesperson Zhao Lijian warned: “The US should stop politicising sports, and stop disrupting and undermining the Beijing Winter Olympics, lest it should affect bilateral dialogue and cooperation in important areas and international and regional issues.”

The International Olympic Committee (IOC) has since responded to the decision made by the Biden administration.

Juan Antonio Samaranch Jr, the IOC’s coordination commission chief for the Beijing Winter Olympics, said: “We always ask for as much respect as possible and least possible interference from the political world.

“We have to be reciprocal. We respect the political decisions taken by political bodies.”