No, it’s David Blaine and a few dozen balloons.

The well-known illusionist soared into the sky with a clutch of giant balloons on Wednesday, in a stunt streamed live via YouTube from the desert in Arizona.

“It’s like magic,” he told his team from the sky in Page, Ariz. “It feels like I’m floating in the air.”

He was floating thanks to 52 large, helium-filled balloons made from latex and arranged to carry his weight high into the sky. Blaine appeared to hold onto the balloons with one hand as part of his latest stunt, which was recorded by a series of cameras rigged throughout the balloons.

The 47-year-old is well-known for pulling off seemingly impossible feats of endurance, such as trapping himself in ice or locking himself in a fishbowl filled with water.

His balloon stunt, called “Ascension,” was originally slated to take place in New York City, but he moved it to Arizona amid concerns about wind conditions. He says the stunt was inspired by the 1956 film The Red Balloon, although most modern audiences will probably be more familiar with a similar occurrence from Pixar’s Up.

Blaine says he hadn’t seen Up until very recently.

Blaine’s daughter, Dessa, was on-hand to wish her dad well for his takeoff.

“Love you,” Blaine told the girl as he handed her the first weight, which triggered his ascent. 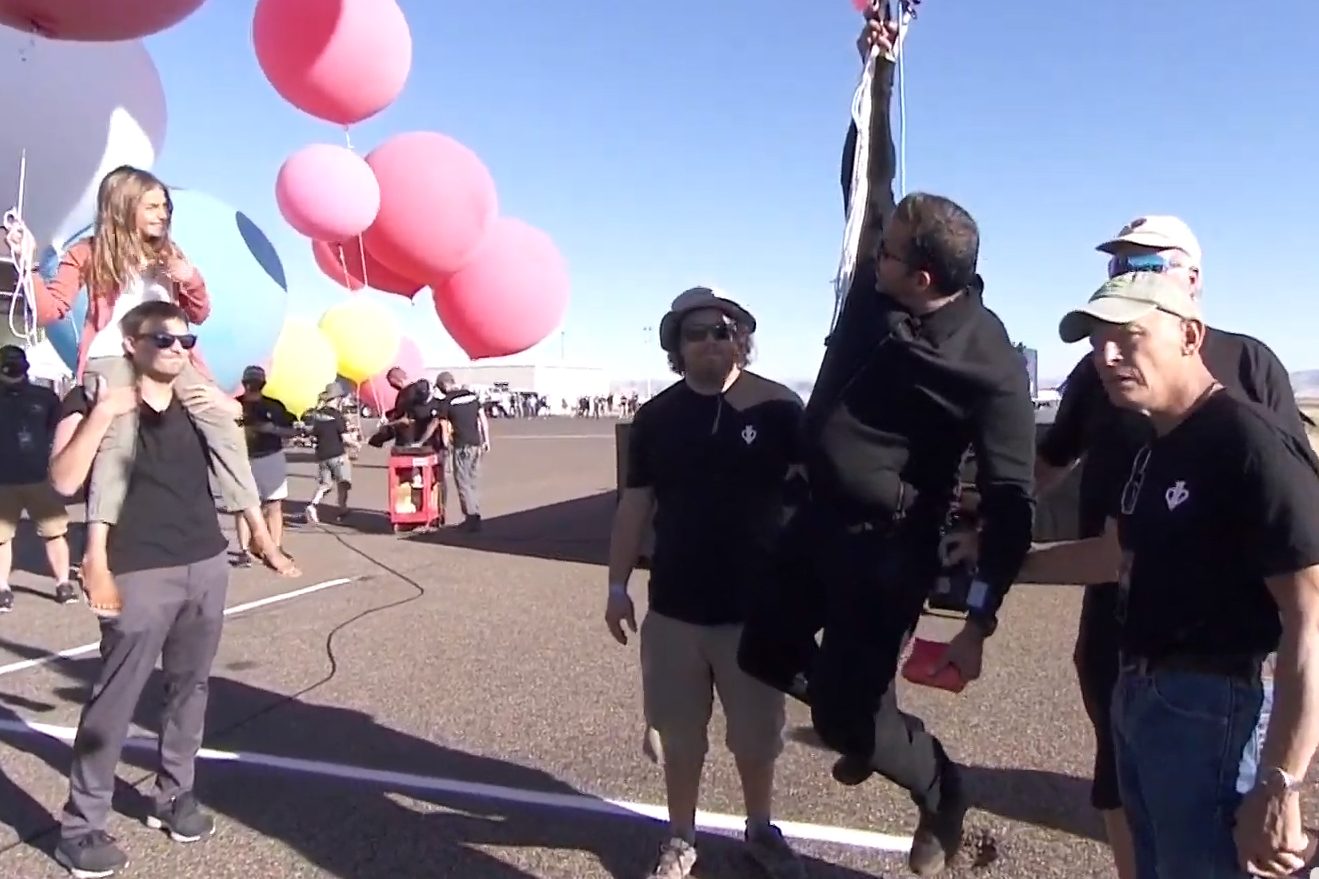 He slowly shed more weights over 30 minutes, ascending ever higher until he was approximately 9,000 metres above the Earth, Reuters reports.

Blaine’s crew on the ground spoke often during the broadcast about the risks of soaring too high, including low oxygen levels and cold temperatures. 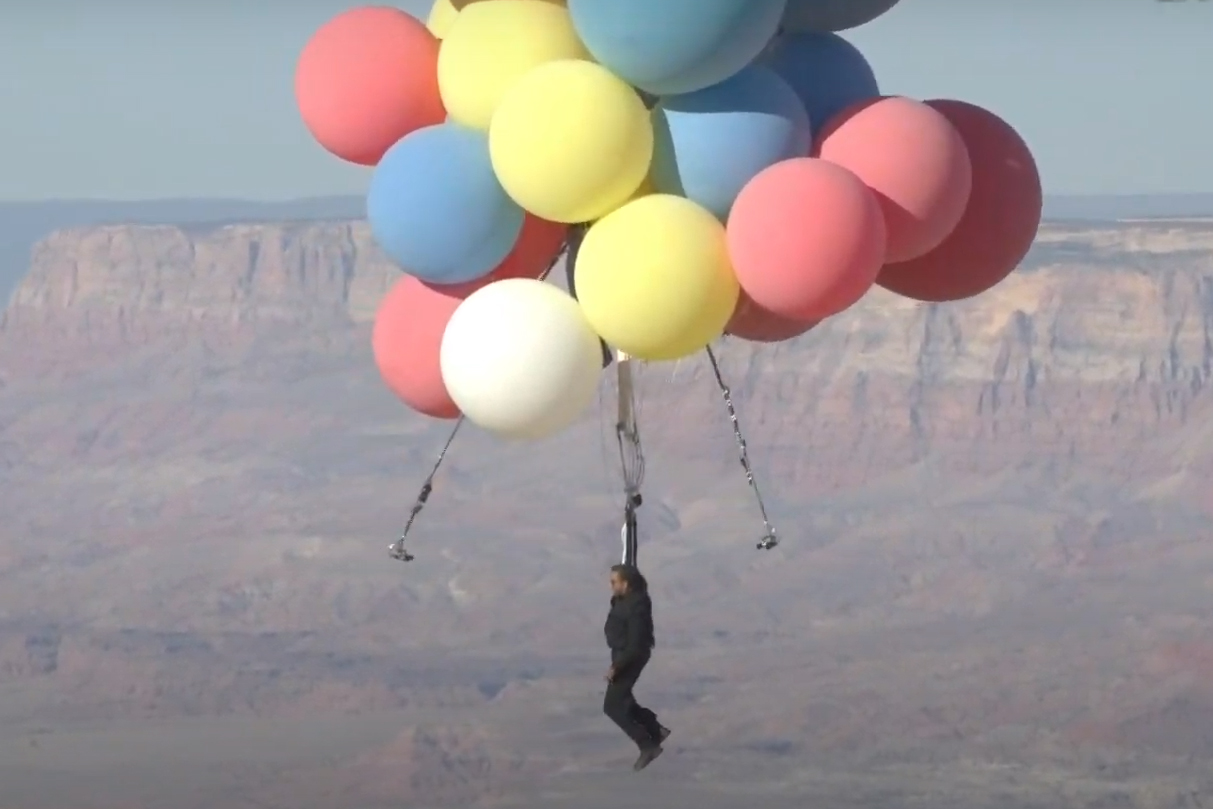 Blaine ended the stunt by releasing the balloons and parachuting back down.

“This was all for you,” he told Dessa after touching down on solid ground again.

Millions tuned into YouTube to watch the stunt live or catch the highlights after it was complete. It was Blaine’s first live stunt in several years.

“Wow, that was awesome!” he said afterward.

Most of the balloons were made from latex and one faux fiberglass balloon hid a parachute and oxygen tank, USA Today reports.

Tags: Ascension, Ballo, David Blaine
You may also like
Recent News:
This website uses cookies to improve your user experience and to provide you with advertisements that are relevant to your interests. By continuing to browse the site you are agreeing to our use of cookies.Ok