US Navy releases footage of ‘unsafe’ action from Iranian Navy

The US Senior Foreign Service officer has suggested a diplomatic intervention could help resolve tensions between the West and Iran. Mr Mull, who spearheaded the US enactment of the Iran nuclear deal, added that reaching agreements on both parties’ interests in common could help “make hostage-taking go away.”

“There is the free flow of energy through the Persian Gulf, a stable Afghanistan, a stable Iraq, and so forth.

“And use that diplomatic process to build trust and get to work in constructive ways to solve these problems, and hopefully, make hostage-taking go away.”

Mr Mull’s remarks come after last week tensions between the US and Iran reached a new high when, according to the US Navy, an American warship was forced to fire warning shots at Iranian vessels after a close encounter in the Persian Gulf. 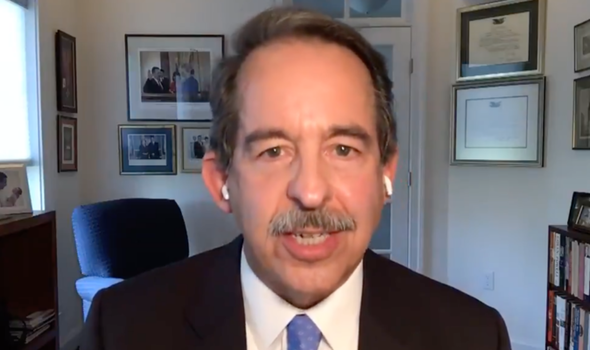 The US Navy said Iranian boats charged at two American warships in the Persian Gulf on April 26.

The move prompted a US retaliation, with one warship firing warning shots at the Iranian boats.

During the near miss – which could have resulted in a collision – the US Navy said the Iranian vessels came just “68 yards” away from both US ships at one point.

In a statement, the US Navy said that at 8pm on April 26, three Iranian Islamic Revolutionary Guard Corps Navy (IRGCN) fast inshore attack craft (FIAC) “failed to exercise due regard for the safety of other vessels”.

They added the vessels came in “close proximity to US naval vessels” in the international waters of the north Arabian Gulf. 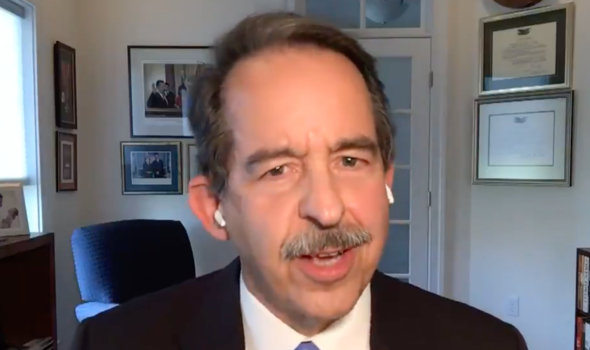 The US Navy pointed out that the vessels approached the US Navy patrol coastal ship USS Firebolt (PC 10) and US Coast Guard patrol boat USCGC Baranoff (WPB 1318) to an “unnecessarily close range”.

It added that the closest point of just “68 yards” to both American ships and after multiple warnings, Firebolt fired warning shots, the US Navy added.

A statement read: “Firebolt and Baranoff were conducting routine maritime security operations in international waters during the time of the incident.

“The US crews issued multiple warnings via bridge-to-bridge radio and loud-hailer devices, but the IRGCN vessels continued their close-range maneuvers.
The crew of Firebolt then fired warning shots, and the IRGCN vessels moved away to a safe distance from the US vessels.”