BBC Weather: Temperatures set to drop as band of snow moves in

The UK faces a bitter weekend of snow chaos, according to the latest BBC weather forecast. Temperatures could plunge as low as -10C and up to 10cm of snow could blanket parts of the country. The BBC meteorologist Tomasz Schafernaker warned that the “chance of snow increases as we go through the weekend”.

He told BBC Breakfast viewers: “We have had bits and pieces of snow across the country over the last few days.

“The chance of snow increases as we go through the weekend especially for more southern parts of the UK.

“The cold air has established itself across the UK for quite some time so it is cold enough for snow inland. On the coast it is more likely to be rain.

“On the radar, you can clearly see the snow showers in the north-west, with a spot or two in the south.”

JUST IN: BBC Weather: Wall of snow to roll across UK at weekend 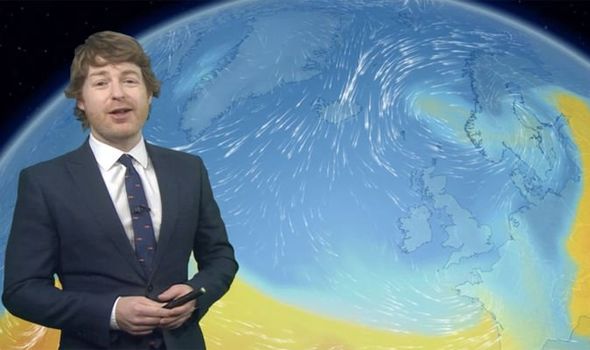 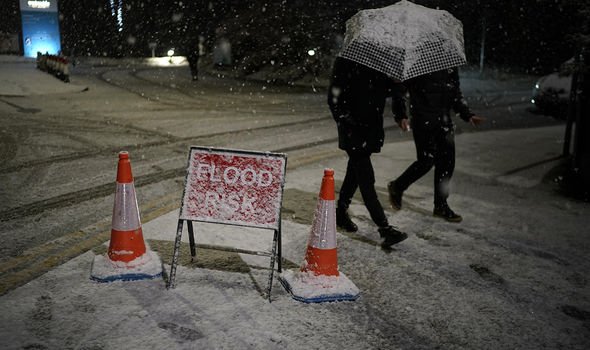 Mr Schafernaker continued: “On Saturday, there is a fair bit of sunshine with clear skies across much of the country but also wintry showers again from the north-west, moving into more central parts of the UK.

“Temperatures will be around 3C or 4C, but if you encounter those wintry showers it will get a bit colder than that.

“Through the night, the temperatures will drop and there is a band of wintry weather heading our way tonight and into tomorrow.

“Early on Sunday, you can see it is widely subzero across the UK. We will see coverings of snow across parts of Wales initially, as well as south-western parts of England.

Met Office: Yellow warnings in place for snow and ice across UK 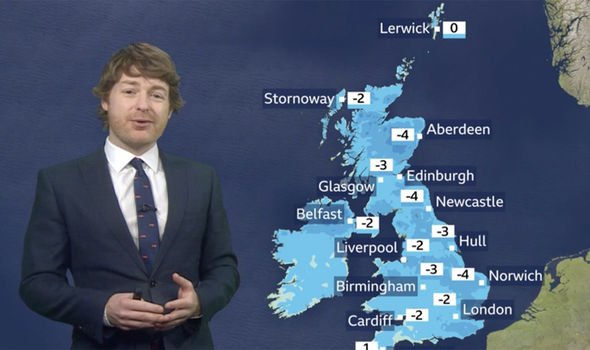 “Later on Sunday, the snow will spread from Wales into the Midlands and into the London area.

“How much snow? It could be one centimetre or two, it could as much as ten centimetres. It all depends on where this weather front decides to sit.”

He added that the snow will be “fairly brief for most of us” since a new weather front bringing in milder air arrives next week.

The BBC meteorologist continued: “That will cut off the supply of air from the Arctic and we could end up with temperatures back in the double figures.” 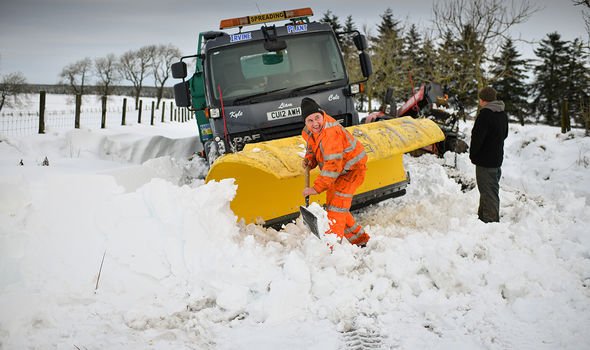 The Met Office has issued a yellow weather warning for snow and ice, which would cause travel disruption in large parts of the country with temperatures as low as -10C in Scotland and -7C in parts of northern England.

The Met Office states: “Heavy snow and strong winds will bring blizzard conditions at times and cause travel disruption.”

The freezing conditions could hamper the clean-up effort in the aftermath of Storm Christoph.

Christoph caused the flooding of about 550 properties in northern England and Wales.

Forecasters warned that river levels remained “exceptionally high” in parts of northern and central England, where a month’s worth of rain fell on already-saturated ground in just 48 hours in some areas.