BBC Weather Europe meteorologist Nick Miller stated an area of low pressure which is very close to the UK will push a band of rain further eastward. However, he added that a weather system will bring wet and windy conditions to Britain at the beginning of this coming week.

Mr Miller said: “There is an area of low pressure very close to the United Kingdom that is pushing a band of rain further east.

“An area of low pressure will bring some heavier rain into Italy and parts of the Balkans.

“It will be a fine day across much of the southeast of Europe.

“Italy could see a lot of rain in a short space of time. 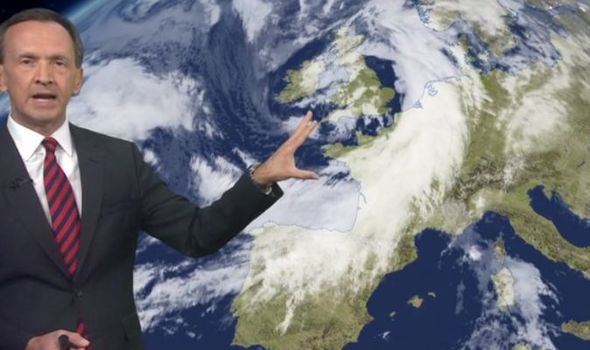 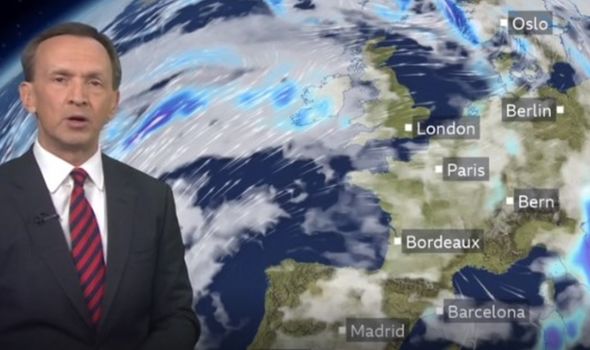 “It is looking fine for many of us in southern Spain and into Portugal.

“There is a lot of cloud across France and another weather system making things wetter across western parts of the UK.

“It will be wet and windy in southern parts of Norway as it will be on Tuesday.”

The BBC’s long-range forecast stated Britain could see “high pressure shifting to the west of the UK more often and deeper low-pressure areas forming over Scandinavia”.

The forecast between Saturday, November 14 and Sunday, November 22, said: “Wet weather will especially affect the north and west, heavy and prolonged for a time.

“But this will clear the UK late on Wednesday.

“A change by Friday, as winds swing into the north-west.

“Colder air moving in for a couple of days, so the threat of some frost in the north and some wintry showers. 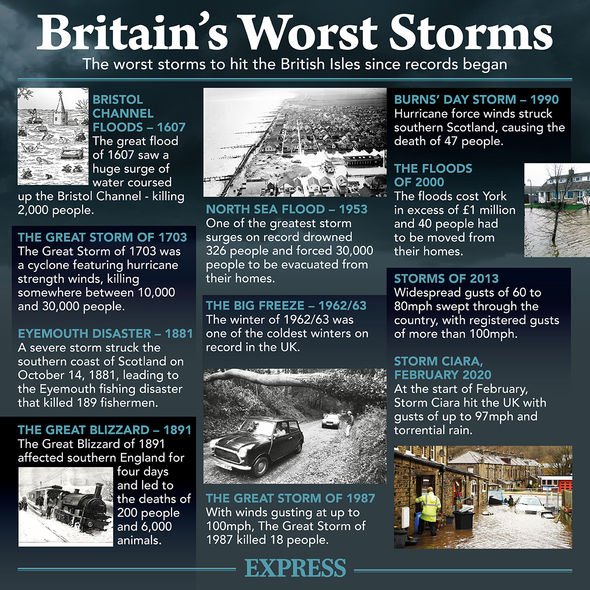 “More wet weather will sweep east across England and Wales on 21 and 22.”

The BBC’s forecast between Monday, November 30 to Sunday, December 13 said: “A severe and sustained cold spell over the UK in the first half of December currently seems unlikely.

“Deep areas of low pressure frequently passing eastwards between Scotland and Iceland, into Scandinavia, will prevent a sustained period of cold Arctic winds from firmly establishing.

“Nevertheless, we should be wary of a couple of short-lived cold snaps, when winds swing into the north for a few days.