BBC Weather forecaster Carol Kirkwood warned of heavy rain and thundery showers across the UK over the next 24 hours. Ms Kirkwood explained that a new weather front will be moving in from the west and will cross over the entire UK by the end of Thursday night. Following this, more rain is expected going into Friday with the potential to cause flooding in some areas.

Ms Kirkwood said: “The forecast for today is a fairly grey one and also a gloomy one.

“There will be a lot of cloud around and on the satellite picture you can see that cloud across the UK and some of it is producing some rain and some drizzle.”

Ms Kirkwood forecast that over the next few days the UK can expect a significant increase in rain as a new weather front moves in.

She said: “Temperatures today widely between five and eight or nine degrees. 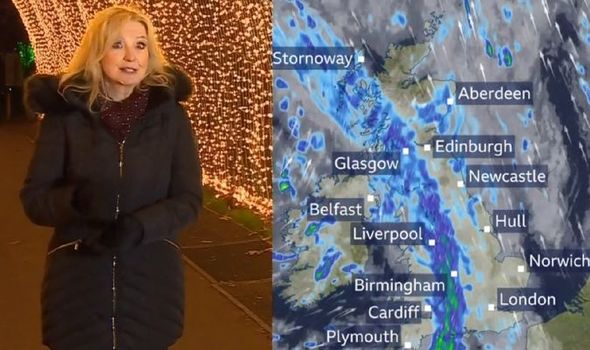 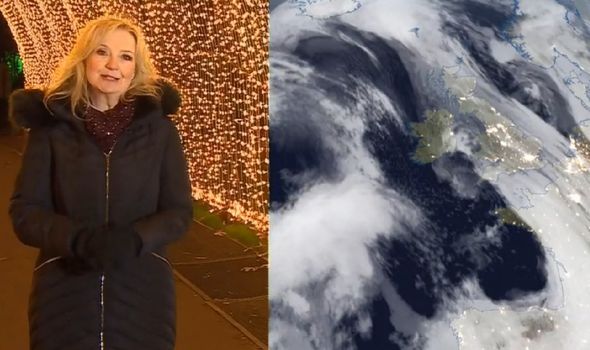 “Through this evening and overnight the weather front producing the rain in the west will move across all areas.

“It will have moved to the east of the UK by the end of the night and then behind that you will find there will still be some showers.

“Some of those could be heavy and thundery for example in the southwest and the wind is going to strengthen across the far north of Scotland. 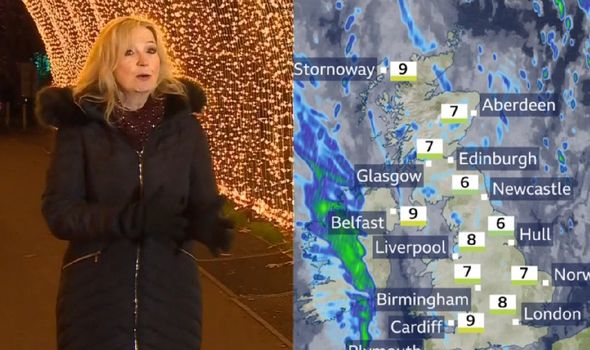 “On Friday we start off with that rain in the east but it does clear for all except the far north-east of Scotland where the Met Office has issued a weather warning.

“That is because all of this rain is falling on already saturated ground and it could lead to some localised flooding.

“Behind the band of rain we see a return of a fair bit of cloud. 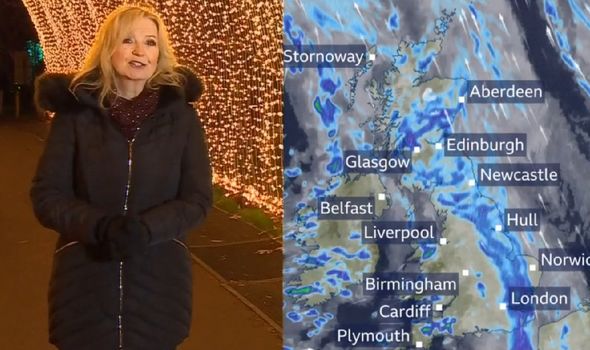 “Again, the temperature range is about seven to 11 or 12 degrees.”

Ms Kirkwood closed by saying that over the weekend there will be another weather front moving in.

This will be a slightly smaller wall of rain that moves across the UK from the west to the east.