BBC Weather forecaster Darren Bett warned of heavy downpours in western, central and eastern parts of Europe. The heavy rain could result in flooding, most notably for the eastern Mediterranean on Sunday, he said. Temperatures will remain relatively cool for the time of year for many.

However, even with some periods of sunshine, most areas can expect some rainfall over the weekend across the continent.

Mr Bett said: “Although Storm Christoph has cleared away from the UK, we are going to find rounds of wet and windy weather sweeping into other parts of Europe.

“This will bring in a mixture of rain and heavy snow.

“There was a lot of cloud on the satellite picture and that was hiding that area of wet weather we have got around the Alps and parts of Italy into the Balkans. 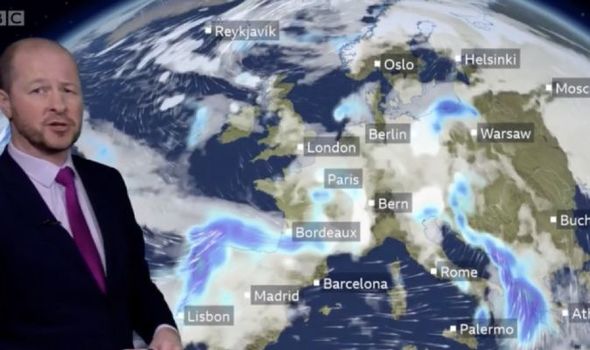 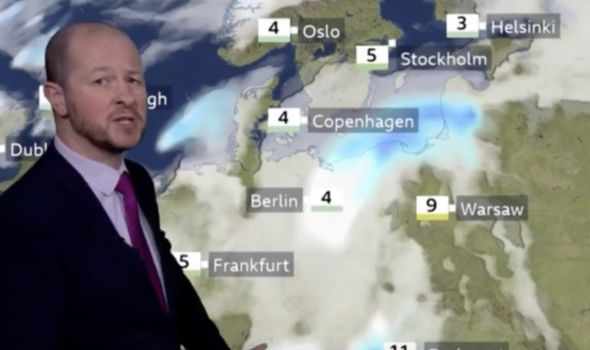 “This weather front will be moving northwards across Germany towards Poland.

“There will be a spell of wet and windy weather moving its way into Iberia especially the northwest and pushing eastward across France as well.”

The BBC Weather forecaster added that on the eastern side of Europe there would be significant wet weather over the weekend as well.

He said: “Towards the eastern side of the Mediterranean it is not completely dry and there will be some showers. 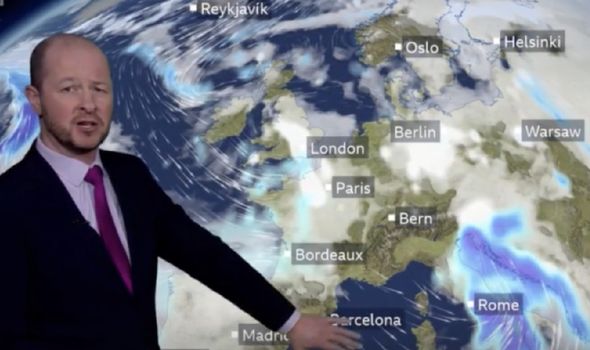 BBC Weather: UK to be hit by snow as temperatures drop

“This wetter weather will be making its way across the Adriatic towards Albania and northern parts of Greece.

“On Saturday there will be more snow for the Alps and that wetter weather will be moving its way northwards across Germany.”

Despite the heavy downpours, throughout Europe temperatures will remain relatively mild. 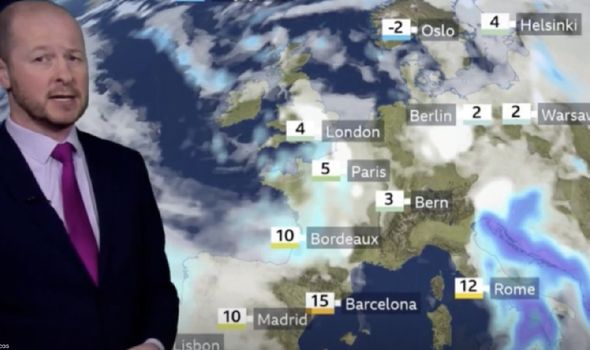 Mr Bett added that towards the end of the weekend the Mediterranean will see more rain.

He said: “There will be a lot of rain here and there could be some flooding as well.

“In central Europe on Sunday more wet weather will be coming into France as well.

“This wet weather will also be heading into northern parts of Iberia too.”

Tags: bbc, BBC We, ctp_video, headlines
You may also like
Recent News: