BBC Weather forecaster Sarah Keith-Lucas warned that as Storm Francis passes, a new wet weather system is set to hit Europe from the Atlantic. She said this would bring significant rain for central and western parts of Europe. She added that over the weekend this rain would continue and some areas can expect flooding and disruption.

Ms Keith Lucas said: “Storm Francis brought quite a lot of disruption across northern parts of Europe over the past couple of days.

“That storm system is now easing away but we have got another area of low pressure coming in from the Atlantic.”

The BBC Weather forecaster noted how this new weather front will impact the countries in the west of Europe over the next few days.

She said: “It will be bringing some wet and blustery weather across parts of the UK, France as well. 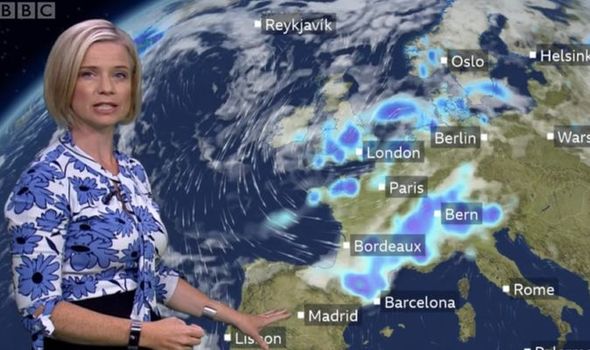 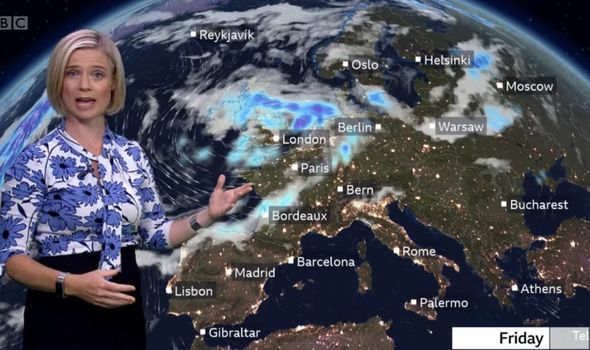 “It is also going to be introducing cooler air.

“This will spread over Spain and Portugal over the next few days.

“It is also going to be bringing some particularly heavy rainfall across the Alpine region.”

Ms Keith Lucas also explained that the weather would be considerably different in the south-east of Europe. 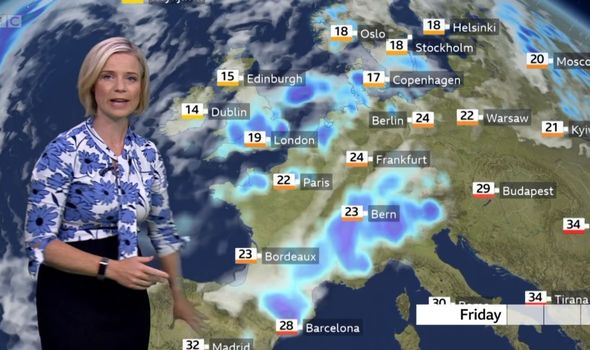 With many areas dry, Turkey, Greece and the Greek islands will reach temperatures above 30C.

She continued: “To the south-east of that the warm air is very much in place.

“This is across Turkey, Greece and Italy as well with temperatures in the mid-30s here.

“Heading over to Spain and Portugal where it has been very hot over recent days we are starting to see that transition to cooler conditions through the day on Friday.

“There will also be all that heavy rain from the Pyrenees up to the Alps moving in and there could be some flooding there.” 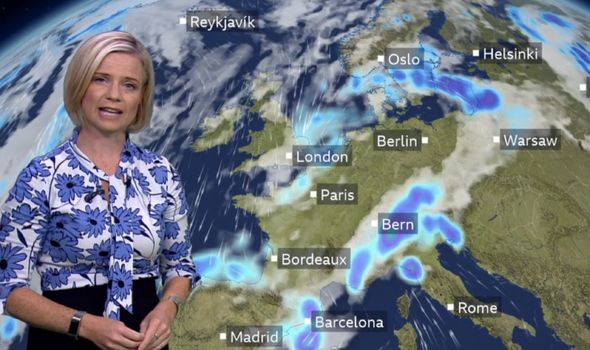 Moving into the weekend much of central and western Europe can expect an increase in downpours.

The BBC Weather forecaster added: “There will be showery weather across the UK into southern parts of Scandinavia too.

“So this will be in northern parts of Italy and towards the Balkans too they will be seeing that heavy rain.

“There will be heavy showers across parts of Norway, Sweden and Denmark also.”