BBC Weather forecaster Tomasz Schafernaker said parts of eastern Europe would see unusually high temperatures. He explained temperatures could reach as high as 40C over the weekend. This warm weather is expected to spread to the rest of the continent as Western Europe will see a temperature surge in the new week.

Mr Schafernaker said: “We have this big boundary stretching from Iberia through the Alps into eastern parts of Europe.

“So much so we could be breaking records in Turkey over the next few days for example.

“Temperatures in one or two spots could hit 40 degrees Celsius. 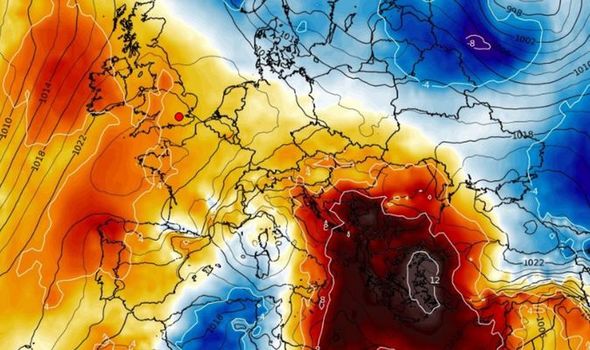 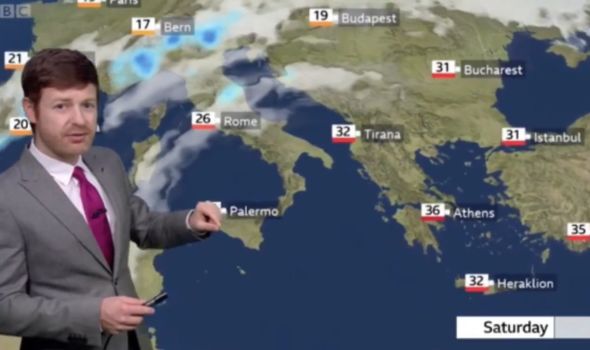 “This is unusual for this time of the year as it doesn’t normally get that hot in Turkey.”

The BBC Weather forecaster explained these warm temperatures would be felt elsewhere in Europe over the days.

He continued to explain most of southeast Europe would see hot temperatures above 30C at the start of the weekend. 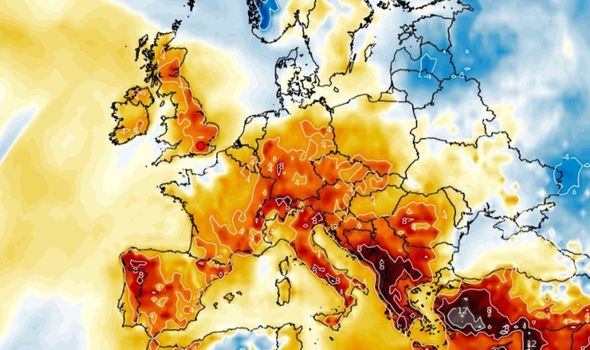 He said: “This whole region across the Balkans see some very hot weather.

“It will be warm but not quite so hot in Rome with 26C.

“Then we get to Spain where we have more cloud due to a completely different air mass.

“Only around 19C in Madrid and fairly cool conditions across the British Isles.” 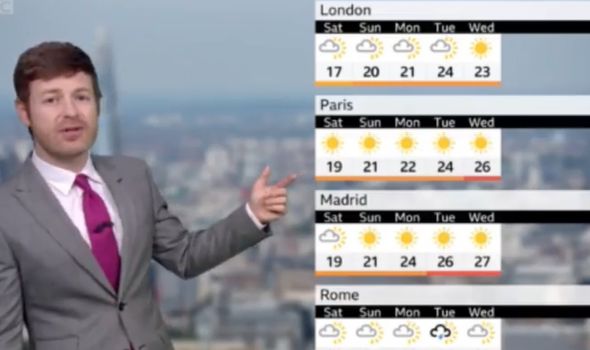 Despite the relatively cool temperatures in central and western Europe, Mr Schafernaker insisted this would change in the new week.

Paris and Madrid are expected to see some of the hottest temperatures.

Paris will begin the weekend with a high 19C and by Wednesday will see temperatures as high as 26C.

Madrid will see similar temperatures except Wednesday could see a high of 27C.

In London, temperatures will remain around the low 20s through the weekend and push up to the mid-20s in the middle of the week.

Tags: bb, ctp_video, headlines, weather:
You may also like
Recent News:
This website uses cookies to improve your user experience and to provide you with advertisements that are relevant to your interests. By continuing to browse the site you are agreeing to our use of cookies.Ok