BBC Weather’s Carol Kirkwood forecast a northern weather front to blanket the country which will leave many areas cloudy, frosty and with chances of rain in some areas. She explained more unsettled and rainy weather will arrive next week. The UK can also expect more cold nights with many areas dropping below freezing.

Appearing on BBC Breakfast, Ms Kirkwood explained: “Over the next few days it’s also going to be chilly and also fairly cloudy as it has been for much of this week.

“What’s happening today is we’ve got this (south) weather front which is still producing some heavy showers in the southeast, that will clear away.

“But this (northern) weather front, which is a cold front, is sinking steadily southwestwards just indicating that it is going to turn that bit colder.

“But it’s cold in the north this morning, it’s cold in many areas, actually, there’s a fair bit of cloud around. 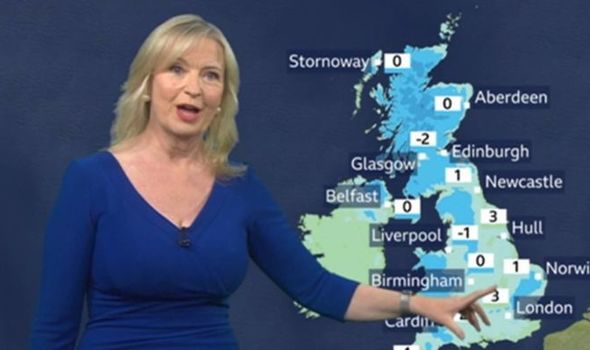 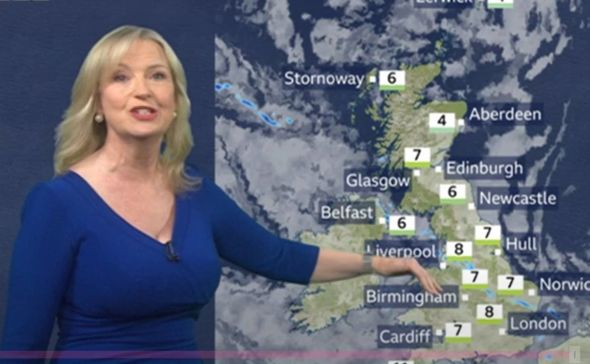 “We lose the showers throughout the course of the morning, there’s some dense fog across some southern counties around Bristol as well as the West Country.

“And some breaks out towards the west, allowing some sunshine to come through.

Through this Thursday evening, (a northern weather front) continues to slip down towards the southwest, some clear skies behind pulling in more of a northeasterly breeze.

“And it’s going to be another cold night particularly where the skies do remain clear somewhere in the Glens of Scotland, for example, we’ll get down to -4C.

BBC Weather: UK to be covered in mist and fog 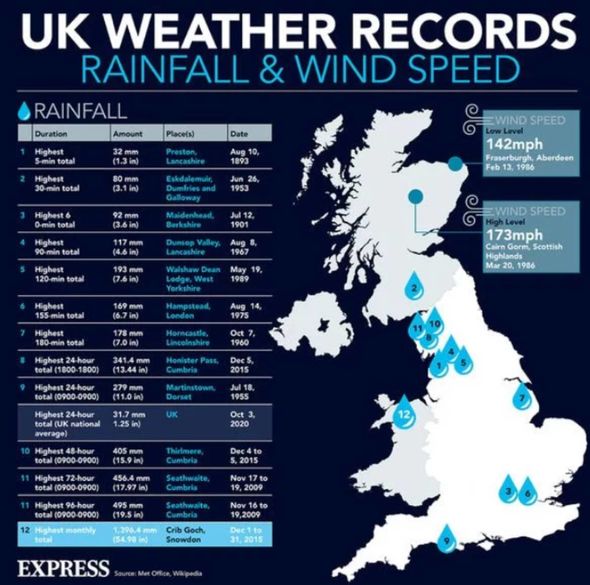 “And if the cloud remains broken across the southeast of England, in East Anglia in particular, here too temperatures can slide to -4C with some frost.

“Now, Friday, we’ve got this high pressure right across the UK and things are going to be fairly quiet.

“But through the day the cloud will start to build and it will extend across many areas but generally it’s going to be a brighter day than we have seen of late. 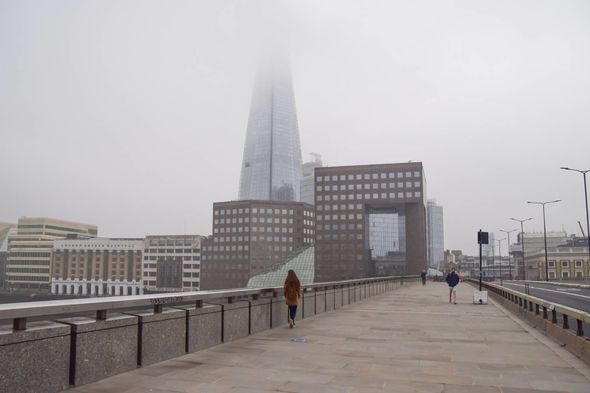 “Temperatures, nothing to write home about 5-7C.”

Ms Kirkwood then explained that rain from the Atlantic may bring milder conditions for the north.

But she warned that while this may continue for the rest of the week, the weather will be much more unsettled.