BBC meteorologist Nick Miller told viewers that things are warming up for some across north western parts of Europe in the coming days after what’s been quite a cool spell of weather. He noted that an area of low pressure with some rain and brisk winds will slowly edge on towards Scandinavia. There is also a trailing weather front as we look at the forecast through Tuesday.

Mr Miller said: “That is going to be producing some hefty downpours, especially later in the day when northern parts of the Alps, northern Italy through Austria and eventually on through parts of Poland.

“This weather system is going to gradually move further east in the coming days.

“As we go from Tuesday night into Wednesday, things will flare up and move on through Warsaw.

“They’ll edge a little bit further east, not to far away from Moscow later on on Wednesday.” 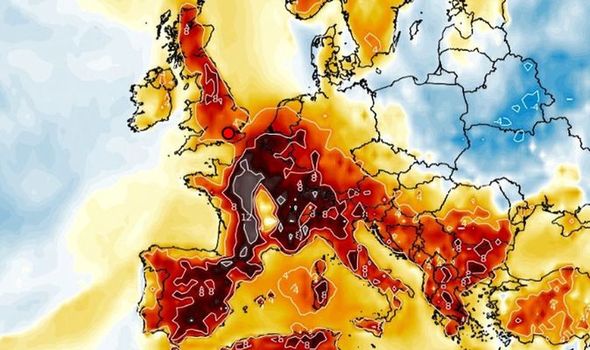 He continued: “South of all of that, it’s looking pretty quiet for Wednesday.

“There’ll be lots of sunshine and heat with temperatures in Turkey and Greece into the mid 30s in places.

“Temperatures may have stepped back a little bit through parts of Iberia, but that won’t be for long.

“There will be surging again later this week.” 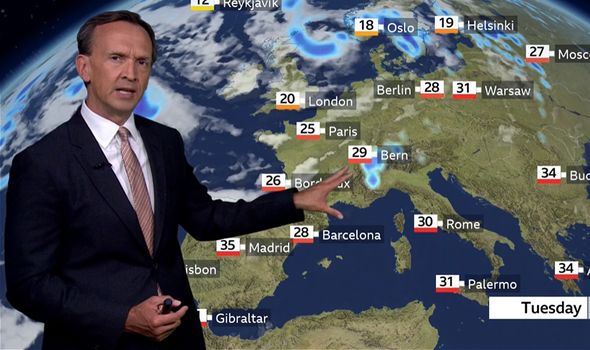 The weather presenter added: “That heat will build its way further north as well and briefly arrive across parts of the British Isles to end this week.

“There’ll also be an unsettled weather pattern into Scandinavia.

“Some of us will be seeing some downpours and brisk winds with all of that.” 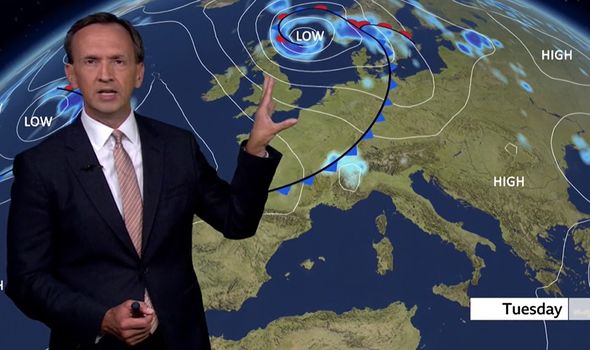 Mr Miller told viewers: “Into Paris, temperatures are on their way up significantly so later this week.

“That heat will arrive into London as well.

“It will be wetter times into Moscow and get a little bit cooler.”

Kyiv will see a mix of fortunes, starting high on a low 30 and dipping as far down as 22 degrees.